Steve Harvey’s breakdown on television was the result of a surprise phone call. Find out who made the talk-show host cry and say, “I love you, man.”

Related story Can you really lose 21 pounds in 21 days? 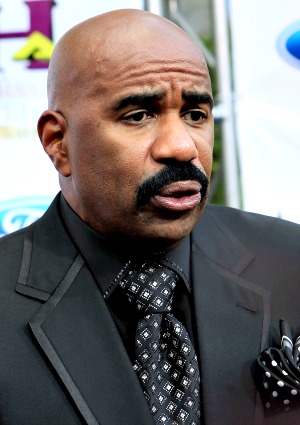 Steve Harvey’s breakdown video has become a hit thanks to those curious about who had the talk-show host crying in front of the camera.

Allow us to introduce you to Rich Liss and his wife Becky, who, it turns out, had Steve Harvey‘s back long before the comedian became a household name.

The call-in surprise took place during a taping of the “Ask Steve” segment on the Steve Harvey Show, when producers set up a special birthday surprise. In honor of Harvey turning 56 on Jan. 17, those in charge broke the “no surprises” rule and sent out a camera crew to hunt down a special person from the past.

“Let’s see who it is,” an unsure Steve Harvey said as a new face appeared on the screen. Before the caller from Orlando could even get his introduction fully out, the emotions took over.

“This is Rich Liss from Orlando, Florida, and I called to wish you happy birthday and ask you one question. Do you still love me, baby?”

What was surely meant to be a lighthearted well-wish was met with only silence and mutters as tears began to flow from Steve Harvey’s eyes.

A few sobs later, the birthday guy choked out, “I love you, man.”

Steve Harvey eventually managed to explain that Rich Liss and his wife Becky helped him out long, long ago, saying, “I was 26 years old, I was struggling. I didn’t have nothing… and they took me in.”

Talk-show hosts battle it out in daytime ratings war >>

Harvey went on to explain that Liss allowed him to open up an account at their travel agency in order to get to his comedy gigs, and admitted he racked up an $11,000 bill.

Grab a tissue and watch Steve Harvey’s breakdown video below!