After the scandal broke that Beyoncé had pre-recorded her song for Obama’s inauguration, many celebrities asked: “Who cares?” 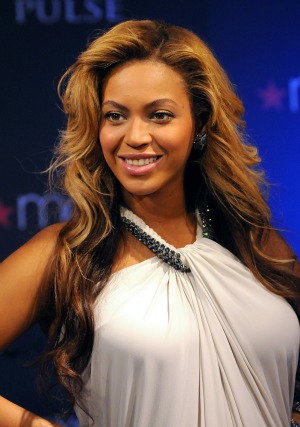 The talk about the so-called scandal involving Beyoncé lip-synching the national anthem at President Obama’s second inauguration ceremony continues, but is it really a scandal? Some celebs seem to think people are making a bigger deal about it than necessary.

Jennifer Lopez is one singer who has been known to pre-record her material on numerous occasions. She was first in line to defend Beyoncé’s decision.

“In certain venues and stuff, they do pre-record things, because you’re going to have that terrible slapback,” Lopez told Jon Stewart on the Daily Show. “All performers do have to do it at some point.”

Some performers may disagree with that statement, but Lopez was adamant.

LeAnn Rimes is another singer who defended Beyoncé’s decision.

“I’m actually taking up for her on this one,” Rimes told Jimmy Kimmel. “There are times when people will ask you to do it, and they will not let you do it unless you do it because they want control over what happens.”

Confused? Rimes was trying to explain certain venues won’t let you perform unless you do it their way. But the original confirmation by the London Times said that it was, in the end, Beyoncé’s decision.

Singer Myleene Klass took to Twitter to defend Beyoncé, saying that this isn’t the same as lip-synching scandals in the past.

“I don’t get what’s outrageous about lip-syncing to your OWN vocals?” Klass wrote. “Not exactly Milli Vanilli.”

Steven Tyler (who had the privilege of judging singers for a whole season on American Idol) decided to chime in on the controversy as well.

“Beyoncé’s so hot she can do anything,” he said. “Let’s just get real.”

And fellow singer Miranda Lambert seemed to agree with Tyler. She again made the important point that she is Beyoncé and can make her own decisions on her singing.

“I don’t think it matters,” Lambert told Yahoo!. “It’s Beyoncé, she can do whatever the hell she wants!”