This Inauguration was almost as special as the last one. In my infinite excitement over all things history and politics related, I begged our editor to let me go to D.C. and cover the events. I was going with or without a press pass… we might as well try, right? We didn’t get a press pass, but I did score an invite to an Inaugural Ball. I felt pretty bad a**. Until I tried to get there… 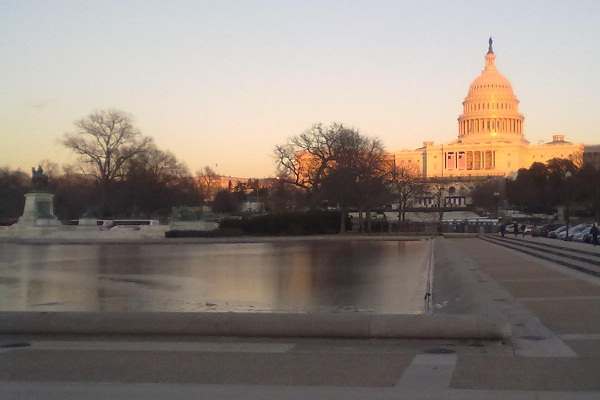 Quick history lesson: The official date for Inaugurations is always January 20. This year we held our Inauguration on Monday, January 21, Martin Luther King Day. Since Tuesday was a work day, the typical after-the-Inaugural-address parties were mostly held on Saturday and Sunday nights.

I had an invite to the All American Ball and was stoked. The ball celebrates military/service people. Being the boy-crazy single girl that I am, I was more than willing to step up and do my press/patriotic duties while dancing the night away with any single soldiers in my vicinity. I put on my pretty black dress and my gold sparkly shoes (fancy, but flat… getting around D.C. requires a lot of walking), and hopped on the metro — the capital city equivalent of NYC’s subway. 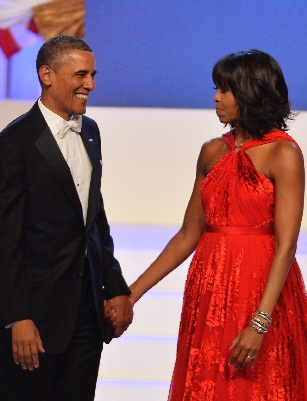 Here’s the thing about the metro that I didn’t realize until about 2 a.m.: All the stations end with the words “metro station.” However, one of the stations is called “Metro Center.” Instead of getting off at Judiciary Triangle Metro Station, I saw “Metro Station,” but read “Metro Center.” I got off two stops too early. Just like in New York, two stops is really only a matter of a few blocks or so. However, my directions were from one stop and I was in a completely different part of the city.

Take note: This is how President Obama and First Lady Michelle looked during their Inaugural Ball.

As I made the trek from one side of town to the other, I came across another problem: Half the roads were closed. As you know, the President always hits up a few Inaugural Balls. On Sunday night, tons of streets were closed down either permanently or temporarily in order to make the President’s travels swift and safe. Many of those routes were even cut off to pedestrians like myself. Getting to my destination sometimes required going up five blocks on one street, only to go back down six blocks on the next.

By the time I reached the Hyatt Regency, I was over it. My pretty but practical shoes had caused massive ballerina-blisters on the tops of my toes and backs of my heels. Halfway from the hotel I folded them down and walked on the back of them, knowing I’d fix them once I got closer. Standing outside the hotel, even the slightest touch brought tears to my eyes. Not fun. And, what did it matter anyway? The train stopped running in an hour and who knew how long it’d take to get back to the station? … Assuming I could even find the station. 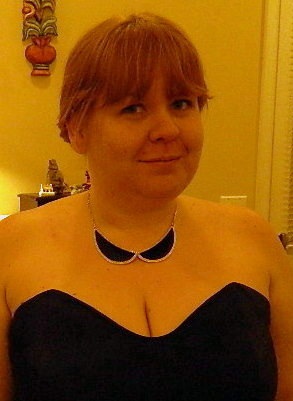 The aftermath: This is how I looked when I finally made it home. One of us ball-goers wasn’t lucky enough to have a chaffeur.

I shrugged off my dreams of being a patriotic princess and headed back for the first station I could find, my fancy flats flip-flopping against my heels as I waddled away with dashed dreams. I didn’t cry when I got off the train and still had ten minutes to walk back to the nearest heater and bed. I pushed through — because that’s what we do in America… and also there were tons of people out and I still had at least a little bit of pride.

“Maybe next time,” I thought.

Maybe by then I’d have a date, too. Maybe some swingin’ soldier who’ll splurge on a cab so we can arrive in moderate style. (Because we pay them so much.) Probably not, though. All my soldiers were going home with girls who knew how to survive in D.C.

My night sucked. But the Inauguration was Monday and that seemed promising.