ABC’s latest stunt is no laughing matter. The network’s put Don’t Trust the B—- in Apt. 23 on ice. The show’s barely halfway through its second season, but has been removed from the schedule. 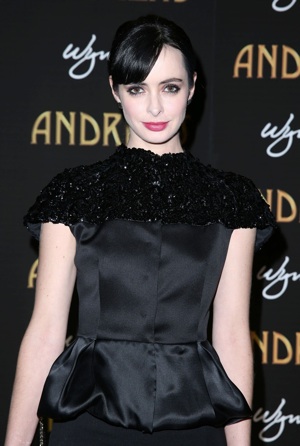 Did ABC just do a backdoor cancellation? The network has pulled Don’t Trust the B—- in Apt. 23 from their lineup. It’s currently in TV limbo, with no return date in sight.

Don’t Trust the B—- has been floundering in the ratings, so this isn’t a real shock. According to TVLine, its last airing “failed to draw 3 million viewers while mustering just a 1.1 demo rating.”

Krysten Ritter: How to look good naked in Apt 23 >>

The network will use its vacant slot to promote fellow comedy, Happy Endings. Starting Jan. 29, ABC will air back-to-back episodes of the show, which is in its third season.

Apt. 23’s stars, including the “B” herself Krysten Ritter, confirmed the news via Twitter.

“my beloved fans, sad to confirm that it is true. Don’t Trust the B— #apt23 has been cancelled. thank you so much for your support i love u.”

James Van Der Beek, who played an exaggerated version of himself on the show, also spoke out.

“You’ve got to give ABC props for ever picking us up in the first place. They took a shot at something original & edgy. I respect them for it.”

ABC ordered 13 episodes for this season. Thus far, eight are still waiting in the wings. Will they ever use them? Perhaps during the summer or another hiatus? They can’t let all that hilarity go to waste.

Don’t Trust the B—- was created by Nahnatchka Khan, and initially premiered April 11, 2012.