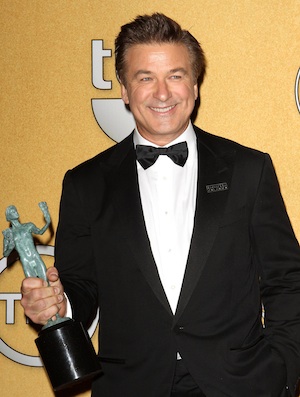 For the 2013 Screen Actors Guild (SAG) Awards, it’s all about the talent. Since 1995, the SAG Awards is the only major Hollywood awards show to strictly honor those in front of the camera: individual actors, actresses and ensemble casts. The 2013 SAG Awards will air live on Sunday, Jan. 27 from Los Angeles on TNT and TBS. To help you get in the mood for the SAG Awards, we break down our 2013 winner predictions.

This is a tough category but we have to remember it’s for best ensemble cast, not overall motion picture. So, which cast do we think did the best job? For us, it’s an easy win for Les Misérables. The all-star cast with their amazing performances don’t leave any realistic hope for other SAG Awards contenders.

This category is tough because our opinion will surely differ from the favorite to win it: Daniel Day-Lewis. Lewis broke through such an difficult barrier when he eloquently and brilliantly portrayed Abraham Lincoln in Steven Spielberg’s epic Lincoln. However, we have a soft spot in our heart for Denzel Washington‘s gripping performance as addict-in-denial pilot in Flight. Nonetheless, we are pretty confident Daniel Day-Lewis has this award sealed.

This category essentially comes down to Jessica Chastain and Jennifer Lawrence. Both women won their respective categories at the 2013 Golden Globes — Chastain won Best Actress in a Motion Picture, Drama, while Lawrence won Best Actress in a Motion Picture, Comedy — so it could go either way. Our hope is that Jessica Chastain takes home the 2013 SAG Award for Best Lead Female Actor since it could really elevate her career. Lawrence is already benefitting from her nomination buzz from 2010’s Winter’s Bone.