The Screen Actors Guild Awards are Sunday and, of course, we’re more excited for the red carpet than the actual show. Let’s get ready for the onslaught of wardrobe train wrecks by reviewing a few of the worst-dressed from years gone by. 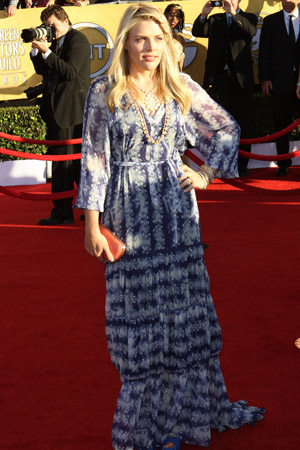 We love us some Busy Philipps, but we don’t love the folky tie-dyed number she wore to the 2012 SAG Awards. 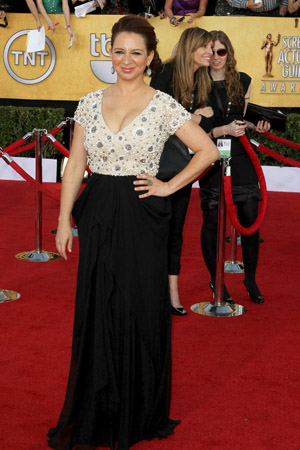 Maya Rudolph’s girls look like they’re about ready to pop out of her Naeem Khan dress. Save the ta-tas, Maya! 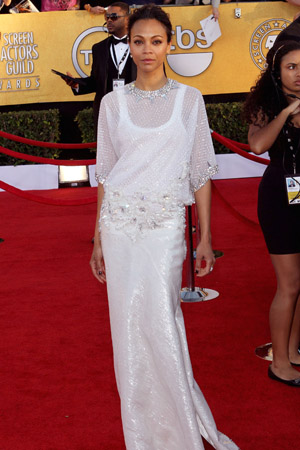 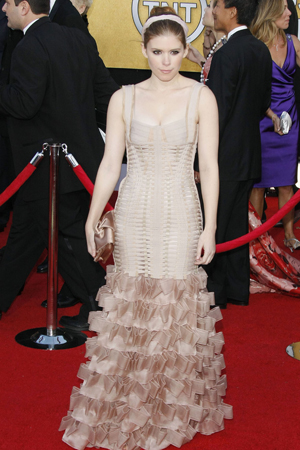 Kate Mara‘s dress from the 2011 SAG Awards doesn’t know what it wants to be. It’s all tight and body con up top, but then there’s a whole bunch of crap tacked onto the bottom. Just… no. 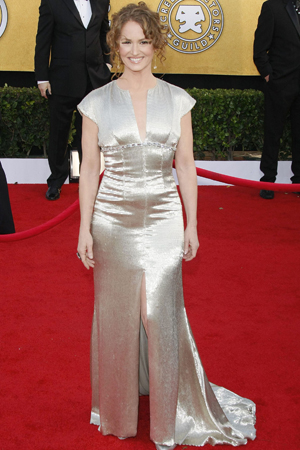 The problem with Melissa Leo‘s Randi Rahm gown from the 2011 SAG Awards? It’s way too shiny and shows off every body imperfection and wrinkle. In other words, not flattering at all. 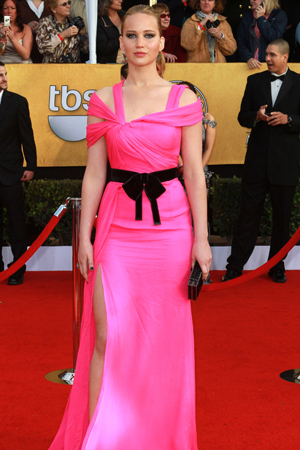 We can deal with the neon pink Oscar de la Renta dress Jennifer Lawrence wore to the 2011 Screen Actors Guild Awards. What we can’t deal with? The awful makeup job. Let’s hope she immediately sacked her makeup artist.

Who will be worst-dressed at the 2013 SAG Awards?