The 2015 SAG Awards are scheduled to attract some of the biggest names in Hollywood — everyone from Uzo Aduba to Emma Stone. Our biggest question: What will they wear? Let’s contemplate that while we remember some SAG Awards fashions from the past.

Let’s be real — we love to see stars amp up the glam on the red carpet, and Modern Family‘s Sofia Vergara looks every bit the statuesque stunner in a metallic Donna Karen Atelier dress and dramatic Amrapali necklace. We can’t wait to see what she and Joe Manganiello rock the red carpet in this year. 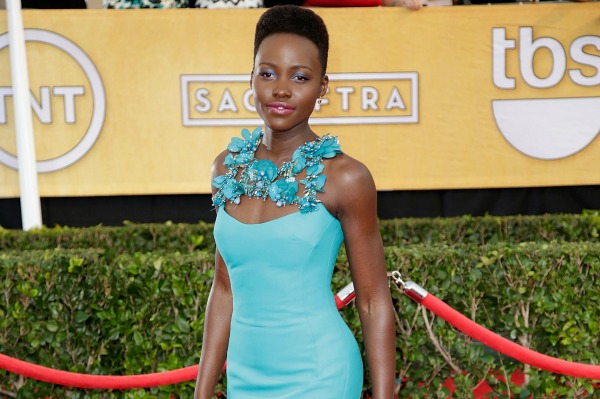 Can Lupita Nyong’o do no wrong? The 12 Years a Slave star isn’t afraid to take chances on the red carpet, and somehow always manages to strike the perfect balance of bold and timeless. Case in point — this turquoise, floral-collared Gucci gown. 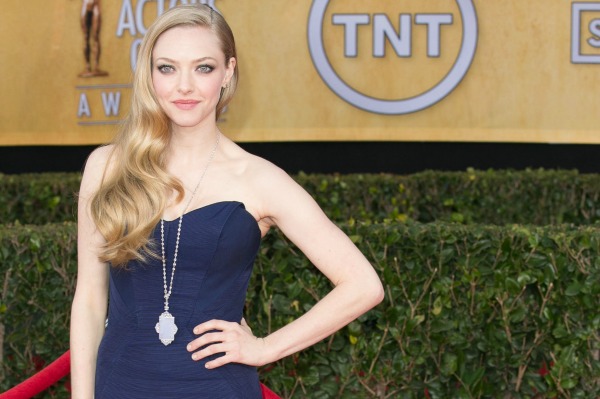 Everything about Amanda Seyfried‘s Zac Posten dress was perfection — the chic silhouette, the divine midnight blue hue, the strapless neckline. And her decision to lend it a little sophisticated boho flair with a Lorraine Schwartz pendant necklace was borderline brilliant. 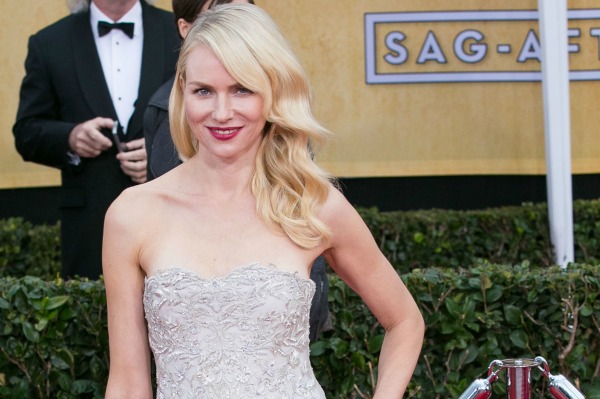 It can be tricky to pull off a nude-hued dress , particularly when your skin falls on the pale side of the spectrum. In this embroidered Marchesa gown, though, Naomi Watts — whose film Birdman is heavily favored this year — proves it can be done exquisitely. 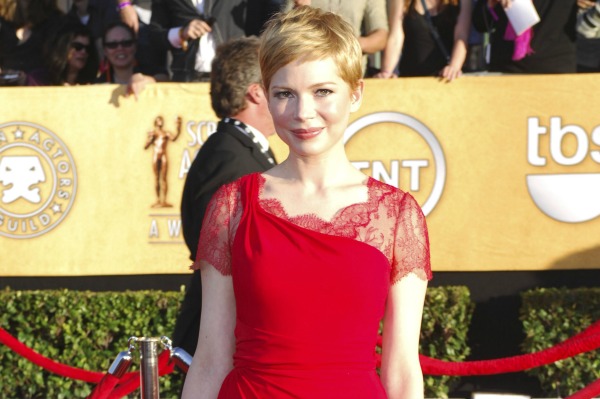 Michelle Williams is pretty much always on our best dressed lists. Why? Well, take the look she wore to the 2012 SAG Awards, for example: The red lace Valentino gown looked incredible when paired with her blonde pixie cut. 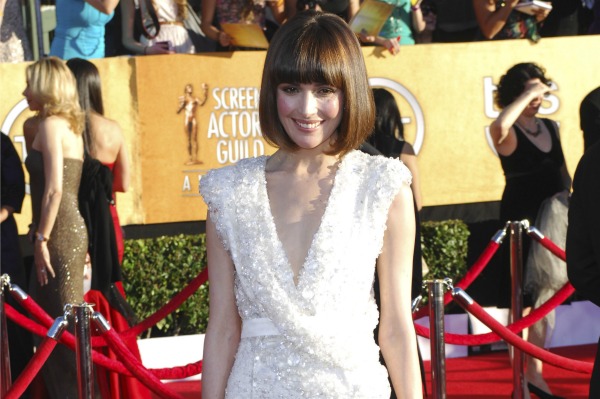 We love a good pantsuit on the red carpet, mostly because it’s so unexpected. Rose Byrne reinforced our love at the 2012 SAG Awards when she opted for an Elie Saab-crafted design. 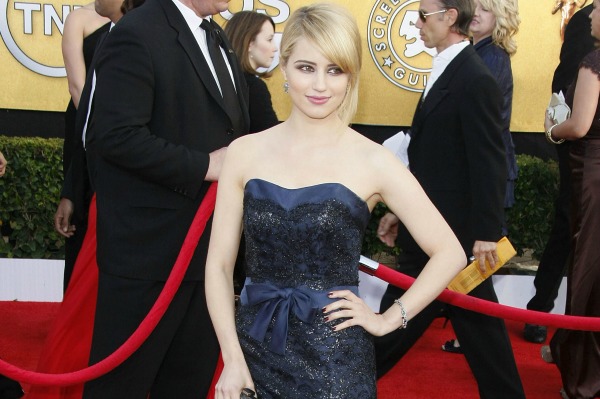 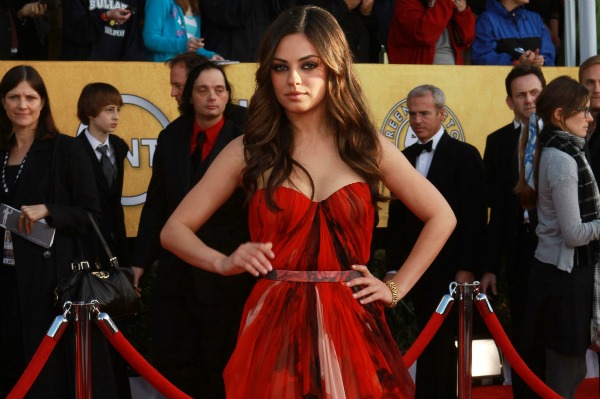 At the 2011 SAG Awards, now-new-mama Mila Kunis made our hearts skip a beat when she floated down the red carpet wearing an ethereal Alexander McQueen strapless chiffon gown that seriously looked like a work of art. 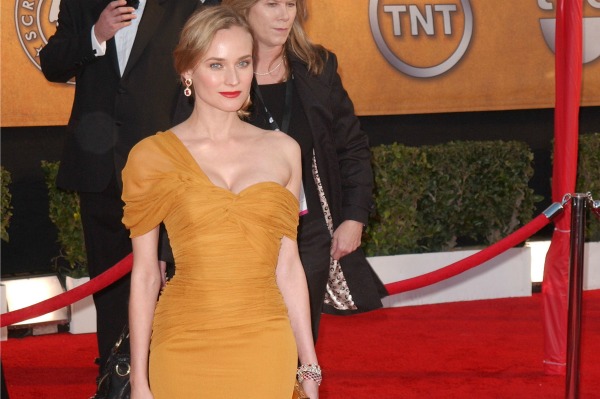 While we can’t recall many times in history we’ve just loved mustard on anything other than a hot dog, Diane Kruger in Jason Wu circa the 2010 SAG Awards made us a believer that the distinctive color can work on the red carpet, too. 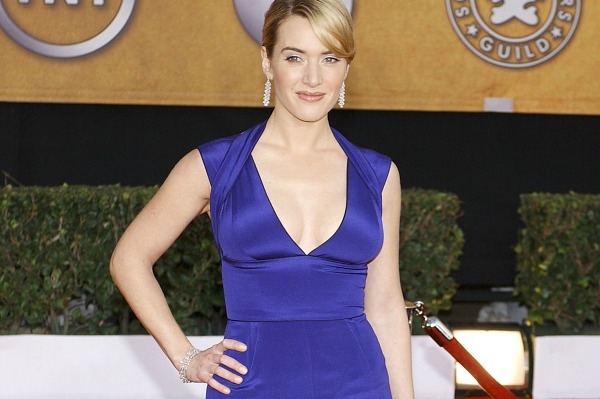 Kate Winslet rarely makes a misstep on the red carpet, and the 2009 SAG Awards were no exception. The Divergent actress wowed the world in an electric blue Narciso Rodriguez gown that clung to her curves in all the right ways. 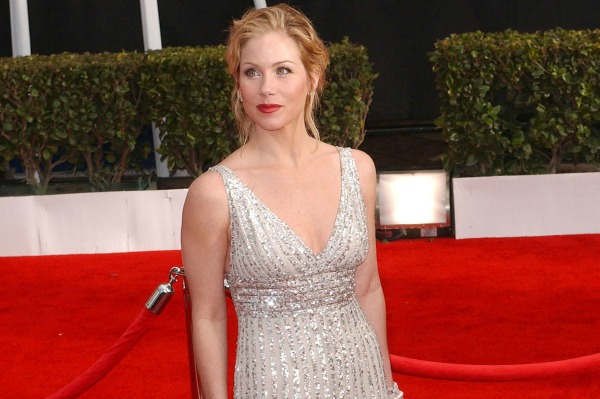 In perhaps our favorite evening look on Christina Applegate ever (and that’s a tough call, since she always look fab), the Anchorman 2 actress literally dazzled on the red carpet in a white gown with oh-so-pretty silver metallic accents by Elie Saab.