The Academy Awards are only four weeks away and preparations for the after-party are underway with Master Chef Wolfgang Puck leading the way. SheKnows got a sneak peek at what the celebrities will be eating and drinking on Hollywood’s biggest night. 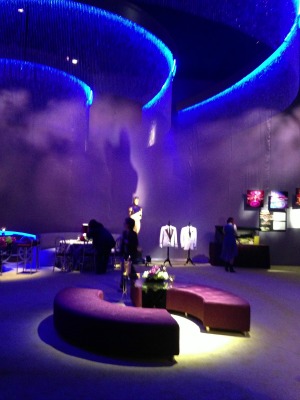 If you are one of the lucky Oscar nominees this year like Jennifer Lawrence or Hugh Jackman, then you’re in good hands after the 85th Annual Academy Awards show ends and the party begins.

On Tuesday, SheKnows got a firsthand look at the Governors Ball, which is the official party of the Academy Awards at the hotel next door to the Dolby Theatre immediately after the ceremony. Here’s an inside look at what celebrities like George Clooney and Anne Hathaway can expect, from the dining to the decor.

Event producer Cheryl Cecchetto is back for her 24th consecutive year as the chief designer of the ball. This year, they’re thinking chartreuse, aubergine and champagne because those are the official colors that will greet the celebrities when they enter the ballroom. The attention to detail is spectacular, with a 120-foot chandelier gracing the ceiling in warm tones and an 18-foot golden Oscar statuette gracing the center of the room

Of this year’s chandelier, Cecchetto said that “it will be bigger than the current” Guinness World Records titleholder, and “covers 25 percent of the ballroom.”

Not only do they bring in new lighting each year, but the furniture is designed exclusively for the event. Semi-formal lounges are spread throughout the ballroom to offer the celebrities a comfortable place to mix and mingle. And fear not, everything from “the ball’s furniture, fabrics and flooring are repurposed from year to year.” 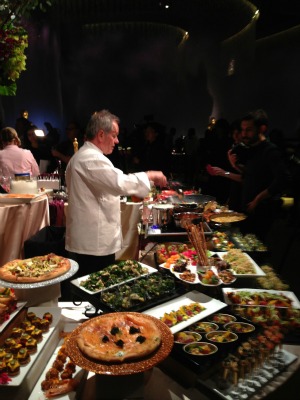 Wolfgang Puck has been the master chef at the Governors Ball for the last 19 years. He is an expert at creating small plates for big appetites after many of the stars have been dieting for weeks to fit into their gowns. His food also caters to the multitude of diets in the entertainment industry from vegan to gluten-free to organic produce and sustainable seafood and poultry.

This year’s menu features everything from comfort food like chicken pot pie and truffle macaroni and cheese to delicacies like lobster with black bean sauce and a baked potato topped with caviar. Whether you want Puck’s infamous mini Kobe burgers or his delicious Chinois chicken salad, he promised SheKnows, “No one will leave the ball hungry.”

Even with duck, seafood and steak exploding from the menu, the stars must leave room for dessert. For those counting calories, the celebs can dive into ribbons of shaved ice with frozen grapes, inspired by the decor of the room. Or they can leave with an Oscar — perhaps not the one they wanted to win onstage that night, but a 24-karat chocolate Oscar instead. 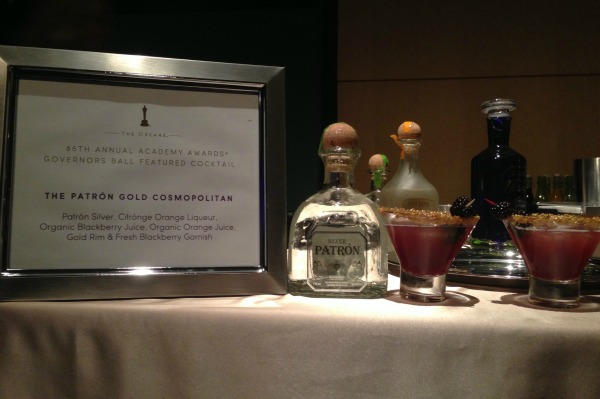 With massive amounts of food comes cocktails, and this year’s Governors Ball will have no shortage of champagne, wine and tequila flowing throughout the event. Sterling Vineyards will serve the official wines, including the exclusive Reserve Cabernet Sauvignon which is produced in limited quantities.

If Daniel Day-Lewis wants to toast his win, he can do it with Champagne Thiénot, which is making its U.S. debut on the night of the Oscars. It will be selling in stores the day after the event.

Some attendees may prefer a stronger drink, and that’s exactly what Patrón is providing with their Gold Cosmopolitan cocktail designed exclusively for the Academy Awards. We got a taste of this drink and it goes down smooth and quick, so it’s a good thing the stars will be riding safely in chauffeur-driven limousines that night. 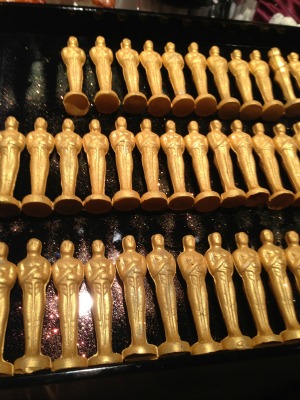 The massive amount of planning for an event like this begins one month after the Academy Awards is completed, so the entire design team will be planning the 2014 show in March of this year. If that doesn’t blow your mind, here’s a sampling of the staggering numbers for one evening:

Even though the Governors Ball will take 2,100 man hours to create, the entire ballroom is dismantled the second the last guest leaves the room.

With the show only four weeks away, there’s still time to see if Bradley Cooper needs a date to the Governors Ball.