Nate Ruess’s band fun. is nominated for six Grammy awards but he says he’ll skip the booze before singing that night. 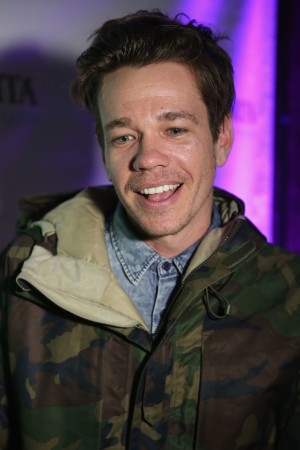 Nate Ruess’ band fun. sings about partying hard and crazy nights in their hits We Are Young and Some Nights, and when SheKnows caught up with Nate at Sundance, he was planning to have a big night out. “I’m gonna see where the night takes me and drink as much champagne as I possibly can,” he told us.

He certainly has a lot to celebrate! He just did a song with Pink, wrote Ke$ha’s hit Die Young and scored six Grammy nominations with his own band fun.

“It’s very weird to be nominated for something like a Grammy,” he explained to us of their multiple nominations. “I’m 30 years old and we’re being nominated for Best New Artist and Album of the Year. All of it is just freaky!”

fun. is also performing at the Grammys, and Nate says he’s already anxious about it.

“The only thing I can focus on is the fact that we’re playing the Grammys and I’m super-nervous about the performance,” Nate told us. “I’m a bundle of nerves constantly.”

And while Nate says he normally has a drink before he takes the stage, he’s planning to sing sober at the Grammys. “I don’t want to stumble onto [the] stage or do anything like that,” he says. “For musicians, it’s probably the classiest event you can be a part of. After we perform, all bets are off!”

Considering Nate and fun. just performed for President Obama and a star-studded crowd at the Inaugural ball, we have the feeling he’s going to do just fine.

As for who he’d love to run into at the Grammys, he’s hoping for a brush with a Beatle. “I just hope that Paul McCartney will walk up to me,” Nate shared. “I’ll play it out like a dream scenario where he heard the album and he walks up and congratulates me.”

And just because you’re a rock star doesn’t mean you can’t be green! fun. teamed up with Brita at Sundance to launch their FilterForGood Bottle Free Bands contest, where up-and-coming, environmentally conscious bands can win a green tour makeover.

Read on for more Sundance coverage

James Franco considering Fifty Shades of Grey
Get the look: Sundance chic
Celebs get their swag on at the Sundance film fest