We’d love to see Lindsay Lohan take a spin across the dance floor on an upcoming season of Dancing With the Stars. Too bad she’s turned them down. 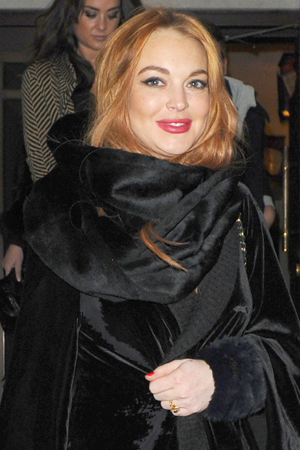 It seems like Lindsay Lohan owes everyone money — including Charlie Sheen and the IRS. You’d think someone so hard-up for green would do anything to pad her bank account.

Think again: LiLo has reportedly turned down a $550,000 offer to appear on Dancing With the Stars, according to TMZ. The reason? She wants to stick to acting.

“Sources close to Lindsay tell us, the actress was made several offers to join the DWTS cast this upcoming season — offers that maxed out at $550,000,” TMZ reported Tuesday morning.

“But Lindsay — who still owes hundreds of thousands in back taxes — shut them down, telling friends she’d never consider doing reality TV … she wants to stick to films.”

The problem? The recent New York Times profile on her new movie, The Canyons, showed exactly how difficult she is to work with — and now no one wants to hire her.

We can’t imagine why a television show would want to hire her, either. Yes, she would be a ratings draw, but who knows if she’d even show up, let alone perform.

We think the actual reason she turned down DWTS is so she can follow The Wanted singer Max George around the world. Lohan and George are reportedly dating — or , more likely, Lohan is tagging along to try and force him to love her.

At least she always has “professional escorting,” right?

Do you think Lindsay Lohan will eventually say “yes” to Dancing With the Stars?