Every single funny person you know is in the new comedy The Way, Way Back, described as a throwback to summer comedies like Meatballs and Caddyshack. 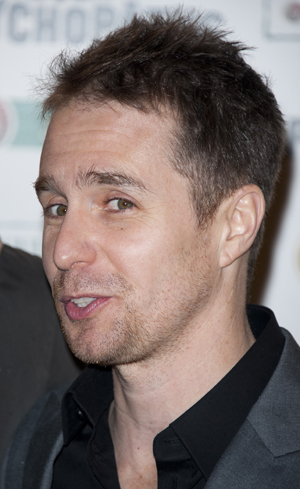 If audience reaction at Sundance is any indicator, the new comedy The Way, Way Back is a hit — a capacity crowd gave the movie a standing ovation on Monday.

The whole film is said to be hilarious, but “the biggest reason people might be talking about The Way, Way Back for a long time,” Entertainment Weekly writes, is Sam Rockwell, “who simply pulls off the best Meatballs/Stripes/Ghostbusters-era Bill Murray since the legend himself.”

The Way, Way Back gets its name from the seat its protagonist, awkward teen Duncan, is assigned in the family station wagon en route to a beach vacation with his mom (Toni Collette) and her annoying boyfriend (Steve Carell). Duncan can’t sit in just the back seat: he has to climb to the way, way back.

The film opens with Duncan sitting in said way, way back when Carell asks him to rate his own attractiveness on a scale of 1 to 10. “Six,” answers the teen haltingly. Carell corrects him: Nah, he’s only a 3.

Jim Rash, who co-wrote the Oscar-winning screenplay for The Descendants (and also plays Dean Pelton on NBC’s Community), says that particular scene was inspired by his real life.

I went to Cannes with Bill Murray >>

“I was asked what I thought I was on a scale of 1 to 10 by my stepfather at the time during a car trip to Michigan,” says Rash.

Ah, how the horrors of adolescence can be mined for later comedy! Just ask Paul Feig and Judd Apatow. But I digress.

In the movie, Duncan’s vacation is saved only by the cockeyed mentoring of Rockwell, who works at the local water park, “but it may as well be a summer camp, or a golf course, or the army,” says Entertainment Weekly.

The Way, Way Back has been given a distribution deal by Fox Searchlight, with a figure close to the record $10.5 million the company gave to Little Miss Sunshine in 2006. Little Miss Sunshine went on to gross over $100 million worldwide. And hey, Steve Carell was in it. And Toni Collette! History, repeating itself!