Those dang pranksters! Prank callers are giving Chris Brown something to really shake his fist at. 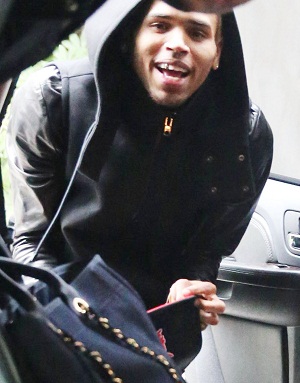 Los Angeles Times, pranksters called in a domestic disturbance at Chris Brown‘s house at 5 p.m. PST on Monday, claiming Brown’s mother may have been shot.

Police swarmed to the scene, but the R&B singer wasn’t even home. The cops were greeted by staff instead, and the incident proved to be a hoax.

Shortly after police arrived, Brown’s parents showed up to look on as authorities made an obligatory sweep of Brown’s residence.

The prank, often referred to as “swatting,” is just another in a long line of recent line of pranks of celebrities.

Another incident was recently called in about Tom Cruise’s house as well. Last month, authorities arrested the person believed to be responsible for calling in incidents about Ashton Kutcher and Justin Bieber’s homes. They either got the wrong guy or another ballsy prankster is out there.

The idea behind “swatting” isn’t just to annoy the police or the celebrity. People have also called in swatting attempts on normal individuals and often use much more serious language, resulting in a much more dramatic scene. Swatting standards would probably say that a swatting is deemed effective when the owner of the home is dragged out at gunpoint while the SWAT team clears his house.

A recent report about the pranking phenomenon featured a man who pranksters told police was holding his family at gunpoint. Bored teens have even paid money to watch the live feed on the terrifying incident happening at their friends’ homes.

Individuals caught swatting can be fined and jailed for improper use of emergency services and can no doubt be sued by the individuals they pranked for causing such trauma in their lives.

Luckily, Chris Brown wasn’t at home, so we don’t have to worry about feeling bad for him.