Guys! The return of Community is just around the corner and we’ve got a first look at what’s ahead. 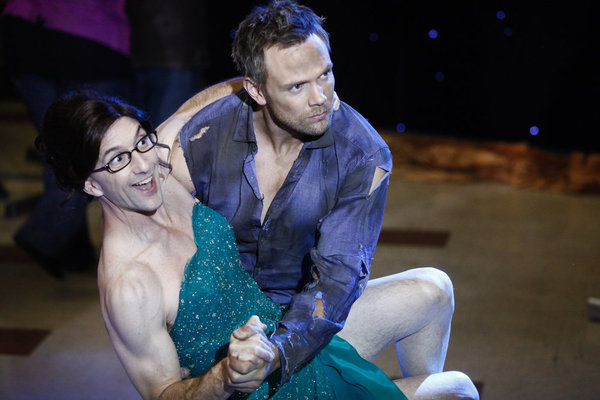 The first sign that our wait is nearly over has finally come: There’s a brand spankin’ new trailer for Season 4’s premiere episode of Community. As expected, it’s a good one, too. Watch as Dean tries to settle a tough registration snafu/hack with some old school gladiator-style moves in the latest trailer…

Community fans have waited a long time for this day to come. Instead of just the usual summer break, the return of the cult comedy didn’t return in the fall when everyone else came back. (Even though that’s the best time for a show about people in school to begin.) I didn’t return directly after the new year, either. Instead, fans have been held captive — for the past five months in eager anticipation. Now, with the Feb. 7 arrival date quickly approaching, our first look at the all new season is finally upon us.

The Hunger Games parody shown in the brand-new trailer is only the beginning of the madness, too. Everyone just knows it. If you need more proof, though, here’s another fantastic sneak peek on what’s ahead on Community‘s fourth season…

It looks like this season will be yet another great season of laughs for the Glendale seven… even if, by the end of the season, they’ll be whittled down to six after the departure of Chevy Chase.

Community returns Feb. 7 at 8/7c on NBC. We know you’re ready and waiting.

Confirmed: Community gets a return date…
Community: Chevy Chase is outta there!
Community postponed yet again