Carrie lies her way through a new episode of The Carrie Diaries. But does it all work out in the end? 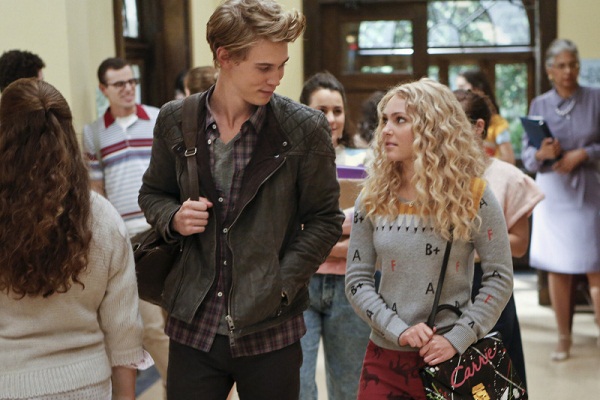 Our second episode of The Carrie Diaries was a dramatic one… even for Carrie’s friends and family.

Walt and Maggie continued to face struggles. They’ve dated for two years and Maggie is upset because she and Walt still haven’t had sex. Not that it should really ffaect her — she’s doing her own side thing with a local police officer. (Gross!) When Walt finally considers sleeping with her and shows up at her house, he waits hours before she finally returns home. He breaks up with her. Those of us who have read the book (or can see the inevitable coming from a mile away), are actually 100% proud of him for this. 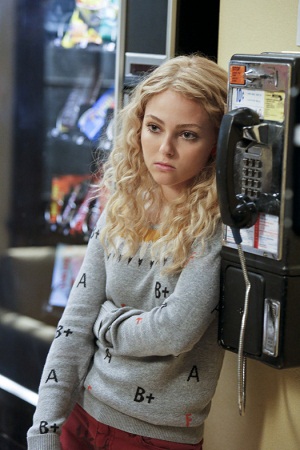 Meanwhile, Donna continues to try to get her claws into Carrie’s first boy-du-jour, Sebastian Kidd. While they do manage to have a foggy evening outside the country club, nothing happens. Donna sure tries to make it look like it, though, when she shows up with Kidd’s jacket. While they almost seem to be okay, Carrie ends up canceling on Sebastian’s date to the Blue Oyster Cult concert. (Hello, ’80s reminder!) Who will end up being his back-up date?

Sebastian’s not the only person Carrie (AnnaSophia Robb) lets down. In the process of trying to keep Kidd, she lets down Dorrit by not keeping her promise to hang out. She also lets down her dad by lying and skipping on out on her last day of grounding.

She almost lets Larissa down, as well, but with a couple more lies and some quick thinking, Carrie is able to pull off a quick jaunt from her NYC internship so she can lend Larissa her purse for a photoshoot. Pretty awesome.

In the end, Sebastian is the only one in Carrie’s life who is left in the lurch. She spends time bonding with Mouse and Maggie, as well as Dorrit. She manages to pull off getting all her work done for her internship and she butters up her boss with a Dior scarf. She even (without nessicarily telling him) keeps her promise to her dad by not going out with Sebastian after he tells her not to see the bad boy.

Carrie’s doing her best to be responsible, while still trying to be a normal teenager. But how long can she keep it all together?