The Following brings heart-stopping drama back to Fox. The series is led by Kevin Bacon, an actor mostly known for his film work. This show marks the first time he’s appeared as a primetime regular. How did that happen? 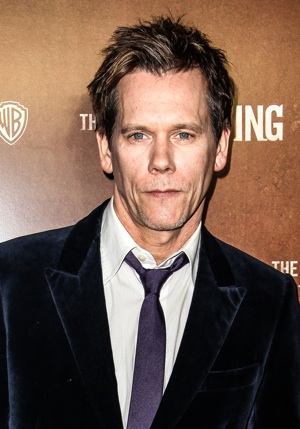 Kevin Bacon is no spring chicken. He’s been acting professionally since the late ’70s. After appearing in cult classics like Animal House and Friday the 13th, he got his breakout role in 1984’s Footloose. Since then, he’s been a staple on the big screen.

Three decades into his career, Bacon’s making the leap to television. He’s not the first film actor to make the small screen their home. Kiefer Sutherland did it with 24, and Charlie Sheen with Spin City and Two and a Half Men.

According to CNN, Bacon believes TV is creatively booming.

“I was finding myself to be more and more of a TV consumer as the quality and writing of the shows seemed to get better and better,” Bacon said. “I found myself really knocked out by so many shows.”

At the moment, hard-hitting dramas like Breaking Bad and Homeland have caught Bacon’s attention. The leads on both shows are troubled characters, and he wanted that for himself.

The Following centers on a cat and mouse game between former FBI agent Ryan Hardy (Bacon) and Joe Carroll (James Purefoy). Carroll’s the leader of a cult of killers who happily do his bidding.

“We are making a thriller, and it’s a tense, fast-paced, exciting thriller that has a lot of moments that are a real surprise, and that’s really what hit me when I was reading the script,” he continued. “I honestly wasn’t even looking for something on network [TV]. … I found it to be such a page-turner.”

The Following premieres tonight at 9/8c on Fox.