Actress Charlotte Rae, best known as the 1980s sitcom character Mrs. Garrett of The Facts of Life, is shopping a new tell-all book to publishers. The memoir reveals shocking information about her 25-year marriage to composer John Strauss. 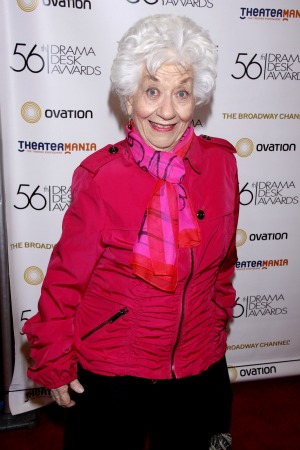 “You take the good/you take the bad/you take them both and there you have/the facts of life.” That’s how the old theme song went to the popular 1980s show, and now star Charlotte Rae, who played Mrs. Garrett, has a tell-all book coming out that highlights the highs and lows of her life.

The 86-year-old actress is currently seeking a publisher for her new book titled The Facts of My Life. The memoir chronicles not only her life on the hit sitcom, but also her 25-year marriage to Hollywood composer John Strauss.

Their marriage ended in 1975, but not before Strauss admitted to being gay and unfaithful to Rae. The couple had two kids together during the marriage.

In an excerpt shared with Page Six, Rae wrote, “First came the shock of what he had done behind my back, then the sting of being deceived for years. All I could feel was the betrayal and, worse than that, my shame.”

Her ex-husband passed away in 2011, and was best known for his Grammy award-winning soundtrack to the film Amadeus.

The book will also highlight Rae’s time on Diff’rent Strokes and The Facts of Life, where she shared much time with young children and teens. She mentions in the book that it was a “strange experience” when “all of my peers are teenagers.”

The timing of Rae’s book is impeccable since Hollywood lost Diff’rent Strokes star Conrad Bain last week, and The Facts of Life star Lisa Welchel recently returned to the spotlight after a stint on Survivor. There’s no doubt that classic 1980s sitcom fans will be clamoring to read a tell-all book from the beloved Mrs. Garrett.