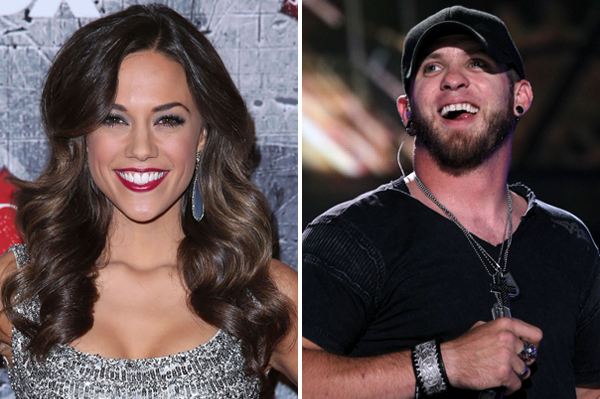 “We could not be happier!” the couple said Monday, according to People. “We are so excited to share this special time with our loved ones and cannot wait to start the rest of our lives together.”

Kramer later admitted that she wasn’t expecting it — and she had no idea the lengths he went to in securing her family’s approval.

“I was so surprised!” the 29-year-old told People. “He asked my mom for permission before he proposed, which meant a lot to me.”

The marriage will be the first for Gilbert, but the second for Kramer: She married Johnathon Schaech in July of 2010, but they split just a month later.

Her tumultuous first marriage might be the reason why she played coy about their year-long relationship. The actress told SheKnows at the CMA Awards in November that they were just having fun, even though he’s “the best guy I know.”

Gilbert, on the other hand, wasn’t secretive about it. He confirmed their relationship and even talked about their experience together at New York Fashion Week last September.

“I had to go to New York because I was getting the top half of my [tattoo] sleeve done for the show New York Ink,” he told SheKnows on the CMA Awards red carpet. “It just so happened to be the same week as Fashion Week. But it worked out good. I got to hang out with her. [We] went to a couple parties.”

“I was a little bit out of my skin… I’m in there with holey jeans and a wifebeater on the eighth floor of Saks [Fifth] Avenue, looking at women’s shoes.”

A guy who’ll go out of his comfort zone for his girl? That’s true love.