Celebrities flock to Sundance to attend parties and promote their movies at the annual A-list movie festival. 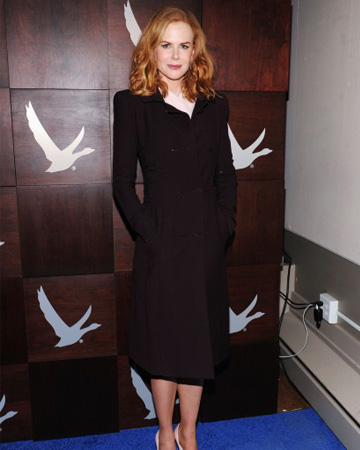 Sundance Film Festival kicked off this weekend and SheKnows was there for all of the starry premieres and parties in Park City, Utah! Nicole Kidman was excited to be back at the festival again for her movie Stoker.

“It’s so nice to be back because I haven’t been here for so many years!” she said at the premiere. “I wish I had more time to see some of the movies.” But she did make time to attend her movie’s after-party at the Grey Goose Blue Door lounge. The Aussie actress, sans hubby Keith Urban, mingled with her co-stars at the bash but skipped cocktails.

That certainly wasn’t the case for James Franco, who hosted a boozy late-night bash at The Everest Mansion Saturday night after the premiere of his film Kink. The actor celebrated with Paul Rudd, Emile Hirsch and Mekhi Phifer until the wee hours of the morning. Party guests downed Corzo tequila shots and snacked on Sheila G’s Brownie Brittle.

Hyde Lounge was also a popular spot that night. Shailene Woodley, Adrien Grenier and Alessandra Ambrosio were all spotted dancing and mingling, while Wynn Las Vegas had mega-deejays Avicii and Afrojack spinning at their packed Park City Live parties. 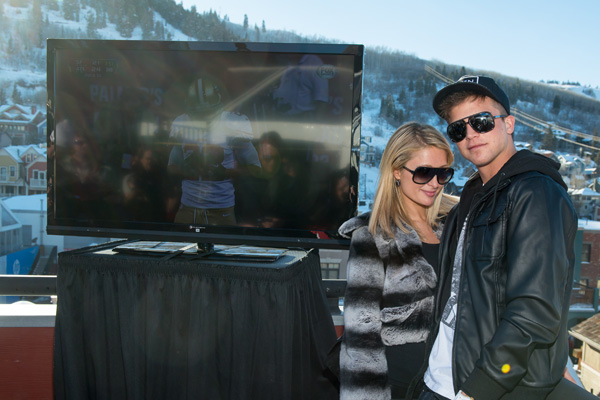 Paris was in town with her 21-year-old model boyfriend River Viiperi, and scored one of the massive Element Electronics flatscreen TVs that guests were watching the games on. Now that’s some sweet swag!