You’re spending this Valentine’s Day alone and trying hard not to pout about it. To cheer you up, we’ve assembled a list of a few of our favorite fictional boys to keep you company. 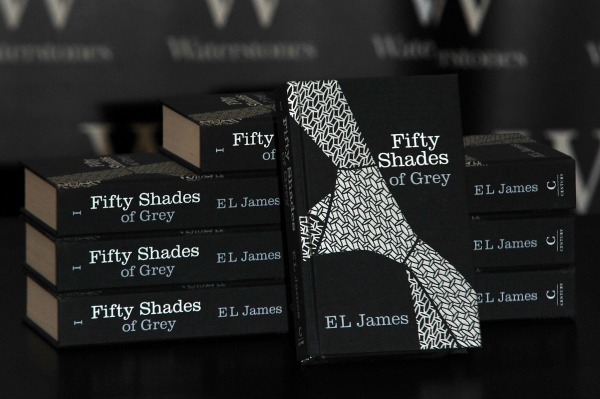 Let’s say you’re a gal who has waved bye-bye to romance and dating, and just wants to be spanked and roughed up a bit (huh?). We know you’re out there — and out there by the millions judging by the cult-like following of Fifty Shades of Grey’s Christian Grey. Who knew there were so many women intrigued by the notion of being bossed around and “punished?” If this is your thing, then Christian Grey is your fantasy guy. Better run out and fetch up a copy of Fifty Shades of Grey, or blow the dust off the copy you already have.

Chris Evans may be most widely known for his portrayal of Captain American in The Avengers franchise, but for Valentine’s Day, we’d rather dial him up as the “Harvard Hottie” from The Nanny Diaries. Not only are his frat-boy good looks impossible to ignore, but so is his charming persistence in pursuing Annie the nanny. (Try not to get too distracted by the fact that Harvard Hottie falls for a girl who looks like Scarlett Johansson, which most of us don’t. Also, just ignore that Chris’ character falls for a nanny, and he was raised by nannies. Is that weird? We’d rather not think about it.) This is the perfect Valentine’s Day indulgence, because what girl hasn’t fantasized about the construction guy in her neighborhood or the hot guy who lives in her apartment building?

What happens when you take the rugged sex appeal of Harrison Ford and combine it with the role of an adventurous artifact-seeker? You end up with a full-on endorphin rush. Indiana Jones is the man every woman wants to be with: smart, rugged, sexy without trying, and with a willingness to stop at nothing to get what he wants. Plus, he made bullwhips a thing before anyone heard of Christian Grey. Just sayin’. We also haven’t met many archeologists who can rock a fedora and a leather jacket in quite the same way. You’ll get so wrapped up in Indiana Jones’ adventures that you’ll forget you’re all alone on Valentine’s Day, lumped on your couch in an old sweatshirt covered in chocolate syrup stains!

If too-good-looking-to-be-real and dark and complicated are your thing, then you’d better find yourself rooted in front of Legends of the Fall. This option speaks to all the ladies who have a thing for cowboys or just wicked-hot, dripping-with-masculinity men. Tristan does it all: rides horses, wrestles bears, fights wars, bathes in mountain streams and “gets western” with his dead brother’s girl. (For a few years, didn’t we all really hate Julia Ormond for being lucky enough to be cast opposite Brad Pitt in this movie? Some girls get all the breaks!) Yeah, so he also goes a little nut-house for a while, but that’s why this may be the perfect Valentine movie. It’ll remind you that no matter how good-looking a guy is, he can be a lot of drama, and maybe you’re just better off alone on Valentine’s Day!