What do we know about Steve Buscemi, other than if he’s in a movie, we’re probably going to love it? Let’s take a look at one of Hollywood’s strangest and most successful actors. 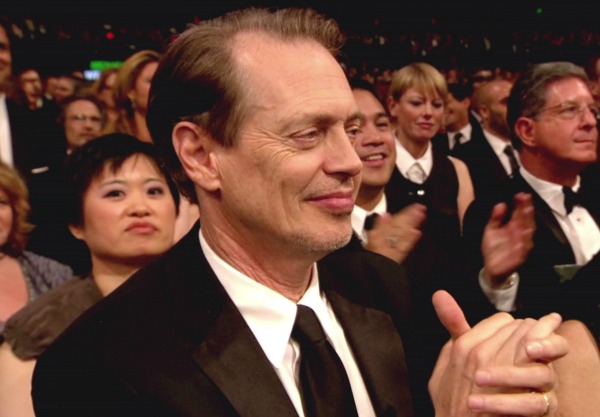 Much like the weirdo characters that Buscemi plays, his pre-acting and -directing days are a cornucopia of interesting occupations. He was an ice-cream truck driver, sold newspapers in the toll lane on the Triborough Bridge, worked at a gas station and was a furniture mover and a fireman. Yes, a fireman (from 1980 to 1984). After the collapse of the Twin Towers on 9/11, Buscemi volunteered at his old New York City Fire Department firehouse for a week, in 12-hour shifts, helping firefighters search through the rubble for survivors. So loyal is Buscemi to his firemen friends that he was arrested in 2003 during a protest over the closure of a firehouse. More recently, he did a PSA for Friends of Firefighters for firefighters who lost their homes in Hurricane Sandy. With Steve, you can obviously take the boy out of the firehouse, but not the fireman out of the boy.

The big screen isn’t the only place Buscemi has faced his mortality. When he was a kid, he was hit by a bus and fractured his skull. In a separate instance, he was chasing a ball and got hit by a car! You’d think his mother would have made him stay inside for a while. And how many of you have been stabbed in the head, neck and arm and lived to tell about it? Steve has. He and longtime buddy Vince Vaughn got into a barroom fight, and Vaughn was arrested for throttling one of Steve’s attackers. We can’t explain Steve’s teeth, but this brawl does account for the scar on his cheek.

A shoe-in with the Coens

Steve Buscemi has worked in more Coen brother films than any other actor — a record six times. That’s two more than Joel Coen’s wife, Frances McDormand. (How much do we love Frances’ character, Marge, in Fargo when she says in her Minnesota accent, “And I guess that was your accomplice in the wood chipper?”) Buscemi is probably best remembered for his roles in the Coen cult classics Fargo and The Big Lebowski, as well as his unforgettable role as the no-tipping Mr. Pink in Tarantino’s Reservoir Dogs. Now we can watch Buscemi in his role as Enoch “Nucky” Thompson in HBO’s Boardwalk Empire, a role that earned him a SAG nomination for Outstanding Performance from a Male Actor in a Drama Series.