In Season 3, Episode 3 of Downton Abbey, Matthew Crawley fears a face-off with Robert Crawley on the Earl’s mismanagement of the estate while a chauffeur-turned-Irish-revolutionary puts wife Sybil in serious danger. 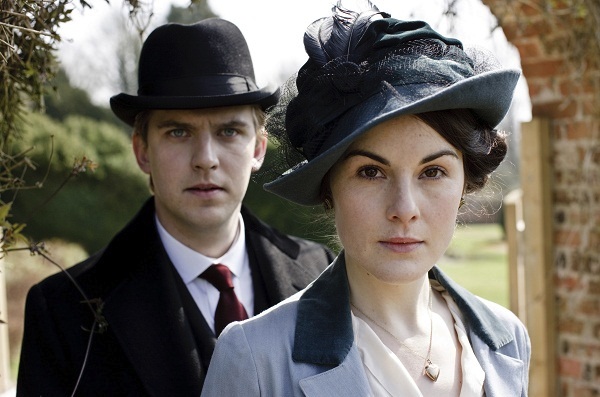 Matthew Crawley (Dan Stevens) begins as co-owner of Downton Abbey after his sizable investment saves Downton Abbey from ruin. Matthew is at first apprehensive as he discusses the idea of his role with wife Lady Mary Crawley (Michelle Dockery). Matthew voices concern that he would be overstepping his role and offending Robert Crawley, the Earl of Grantham (Hugh Bonneville).

Lady Mary shakes her head at Matthew and explains quite her view is quite opposite — as co-owner he is required to help manage the estate to fulfill his obligation as a partner. Matthew meets up with Lady Mary later and asks her about a recent doctor’s visit — hoping for news that Lady Mary is pregnant. She rebuffs him with an explanation about having hay fever and shows no desire for children at this moment in their lives. Regardless, it looks like all is financially well and normal for Downton Abbey.

We then watch as Lady Edith Crawley (Laura Carmichael) takes a terrified, rushed phone call from sister Lady Sybil Crawley (Jessica Brown Findlay). Lady Sybil says something about not being followed, which leaves Edith shaken and clearly worried as she tells Lady Mary and Countess of Grantham, Cora Crawley (Elizabeth McGovern). The scene is ominous as rain pours down on the Downton Abbey roof and the family attempts to entertain an archbishop without causing a stir over Sybil’s peculiar phone call.

Moments later, a guest shows up wildly banging on Downton’s Abbey’s massive front door. Jokes are made during dinner about the guest but Lady Mary soon discovers it is Tom Branson (Allen Leech) — soaking wet and sans pregnant wife Lady Sybil. Tom tries to explain to Lady Mary that Lady Sybil is safe and will arrive soon. He asks to speak to the Crawley family after their dinner guest leaves.

After dinner, we soon learn an aristocratic family, similar to the Crawleys and in fact friends with them, was the target of Irish revolutionaries who attacked their residence that night. The symbol of wealth and privilege was burned to the ground as the Irish aristocratic family watched in terror as Irish revolutionaries gloated and then fled the scene.

Tom — unfortunately, but unsurprisingly — was involved in the (illegal) destruction of private property and is now a fugitive. Tom explains he feels terrible about the incident while Robert is furious he abandoned Lady Sybil to quickly leave Ireland and save himself from capture. Lady Sybil must now must travel out of Ireland to safety — Downton Abbey — pregnant and alone. Tom tries to convince the family that Lady Sybil will be safe and is due to arrive to Downton Abbey in the morning. Robert sends Tom upstairs, where he sits and cries for Sybil and their situation.

The next day, Robert travels to London to pull some strings and keep Tom out of prison for Sybil and the baby’s sake. Meanwhile, we see Matthew stressed as he pores through mountains of books and paperwork involving Downton Abbey’s financial records. As the butler Carson (Jim Carter) comes in, both Lady Mary and Matthew reach a decision to hire a new footman and decide to have tea.

Later, Lady Sybil shows up at Downton Abbey and Tom and her reunite. Robert returns from London and explains while he managed to keep Tom out of prison, he must never return to Ireland or otherwise face an immediate life sentence in prison.

Lady Sybil, confused over the harsh penalty, learns Tom never told her of his decision to attend many revolutionary meetings in which the attack on the Irish aristocratic family were planned. Tom says he is grateful for Robert’s successful attempt to keep him out of prison, but expresses his wish to return to Ireland at once to help with the revolution.

All of the Crawleys, even Lady Sybil, disagree with Tom’s perspective. Later that night, Tom and Lady Sybil fight over their eventual return to Ireland: Sybil demands she and Tom stay at Downton Abbey and refuses to compromise their child’s safety.

Is Season 3 the last of Downton Abbey? >>

To make matters worse for Robert, he learns over breakfast with Lady Edith that she was recently published as an advocate for women’s suffrage. Lady Edith is proud of her accomplishment as is Matthew, but Robert is furious; he claims it is out of place for a noblesman’s daughter to take such a public position on a controversial issue.

We get the sense that Lady Edith’s desire to use her voice in a public forum will be a story line for a few more episodes to come. It is hinted that this activity will help Lady Edith overcome her depression after her embarrassing desertion at her own wedding.

Episode 3 of Downton Abbey ends for the Crawleys as Matthew visits Countess Violet Crawley (Maggie Smith) to explain the mismanagement of Downton Abbey. Matthew asks for advice on how to approach the subject in a subtle way without much trouble and the Countess proclaims there is no way to clean up Downton Abbey without offending many of its current residents.

Watch a clip of Episode 3 of Downton Abbey below: