The actress feels lucky to have found her BFF Taylor Swift. It looks like Swift can make some relationships last. 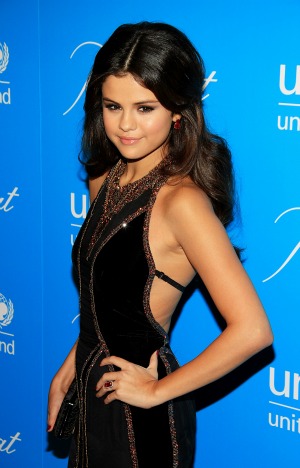 Selena Gomez finds herself single for the first time in years, and seems to be remembering how important her friendships are. She sat down with Nylon magazine recently and talked about her very best friend, fellow singer Taylor Swift.

“We both experienced the same things at the same time,” she told the magazine. “But we’ve never once talked about our industry. She just became the person I’d go to for an issue with my family or boyfriend. It’s so hard to trust girls, so I’m lucky to have her.”

It seems that the 20-year-old actress, based on her interview, could be one of the most grounded people in the industry. She is single again after a very recent break-up with singer Justin Bieber. But it looks like the couple tried hard not to let their fame affect their relationship.

“At the end of the day, love is such a normal thing, and everyone deals with it,” she said. “Just because it’s a different lifestyle doesn¹t change the meaning of what I’ve been raised on, which is fairy tales.”

But Gomez has dealt with her fair share of being in the public eye.

She said she tries not to pay attention to herself in the press unless it’s something “really bad”, but does know how it works.

“It blows my mind that somebody wakes up every morning and goes to their little office and meets with people to just make stuff up,” she said.

Gomez added that she thinks she may not be a target of the media any more, possibly because of the break-up.

“I think [the paparazzi] are over me because I’m so boring,” Gomez says. “I get to Topanga Mall, and they’re like, ‘Why is she back at the same place?'”

Gomez’s next film, Spring Breakers, will be out in late 2013.