Actress Eva Longoria is on a mission: immigration reform or bust! The Hollywood star has turned political and she’s gunning for change. 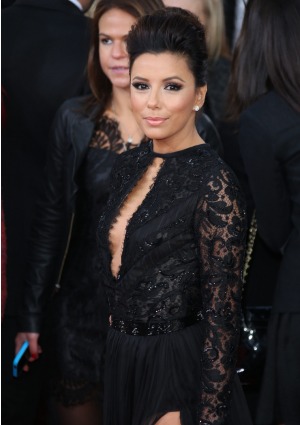 Eva Longoria is more than just a pretty face. The successful actress has emerged as a Washington power player after nabbing a high-profile role in the Obama reelection and inauguration, and now she hopes to help mobilize the public to shape policy decisions.

“The most contentious issue that you guys were talking about was citizenship and there’s many tenets to it and when people say get in the back of the line, people don’t realize there’s a hundred lines to get into, and if you’re in that line, then you weren’t supposed to be in that line, you got — it’s a very broken system,” Longoria told ABC’s This Week.

Eva Longoria at the DNC >>

“What I am hopeful about is that this administration, and particularly President Obama, sees that immigration is an economic issue. We have to understand that we are dependent upon labor in this country, specifically agriculture, to provide low-cost products, and they’re jobs that nobody else is doing.”

Longoria served as co-chair of President Obama’s reelection campaign and the Presidential Inauguration Committee and is the executive producer and host of the Latino Inaugural, featuring performances by Jose Feliciano, Melanie Griffith and New York City’s Ballet Hispanico.

But don’t get any ideas about the actress running for office herself. “I respect everything that politicians do. I think it’s a very, very big job,” she said. “It’s not my day job, so I’m just doing what I can to help the communities in which I came from.”