This psychological thriller is full of twists and turns as a young woman battles her depression with medication. In a complex world where everyone has secrets, Channing Tatum and Rooney Mara explore the point at which reality ends and mental illness begins — crossing that line proves easier than you’d expect. 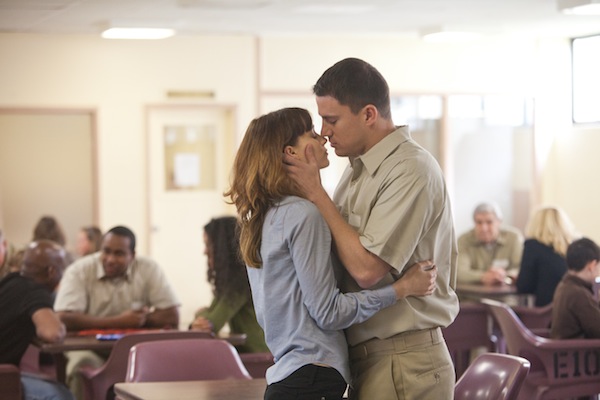 3.5 Stars: Perfect for anyone who’s ever fantasized about going off the deep end

The movie starts in an upscale Manhattan apartment with a large amount of fresh blood on the polished hardwood floors. Something bad has happened, but we don’t know exactly what. Could it be murder?

Next, we jump backward three months. Emily Taylor (The Girl with the Dragon Tattoo’s Rooney Mara) is with her mother-in-law, driving to a local prison to pick up her husband, Martin Taylor (Channing Tatum), who’s been serving a four-year prison sentence. Today, he is being released.

We learn that Martin was a Wall Street broker who engaged in insider trading and was caught. The beautiful house, the boat, the cars and all the other luxuries that the couple once enjoyed are now gone.

In the four years Martin was in jail, Emily got a job and was forced to face the world without her loving husband at her side. This time of loss and change would be unsettling, if not depressing, for most women, so it’s easy to see why she would seek the help of antidepressants. 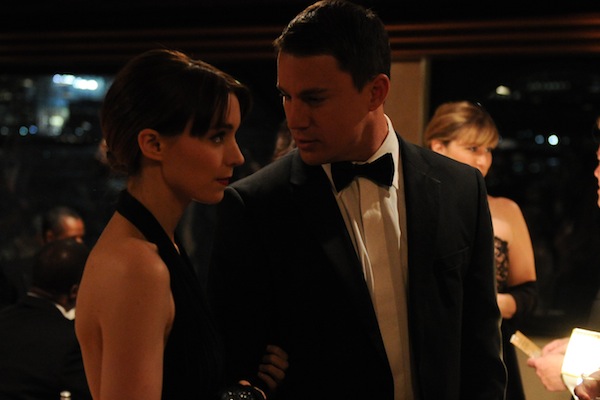 Now that her husband is back, he’s planning to move the couple to Houston. Facing another big change, Emily seems to be getting more and more fragile by the day. When she drives her car into a wall in what appears to be a suicide attempt, the story really gets going.

In the hospital, recovering from minor injuries, Emily meets a psychiatrist named Dr. Banks (Jude Law). Dr. Banks wants to hospitalize Emily to keep her from attempting suicide again. But Emily tells him she made a mistake and would prefer to be at home with her husband. Doctor and patient make a deal that he will treat her with a new medication and she will visit his office during the week for counseling.

Dr. Banks is eager to help Emily and, with her permission, he visits her previous psychiatrist, Dr. Victoria Seibert (Catherine Zeta-Jones), to gather further information. Dr. Seibert reveals some history Emily hadn’t shared with him, causing him to be even more intrigued by his patient.

Soon, Emily becomes part of a clinical trial for a new antidepressant called Ablixa, for which the pharmaceutical company is paying Dr. Banks. There isn’t anything unethical about putting her on this new drug, but there are risks considering it’s brand new. The purpose of the study is discover if Ablixa has any unexpected side effects.

After a murder is committed, the whodunit is fairly obvious, though the motivation for the killing is a mystery, indeed. 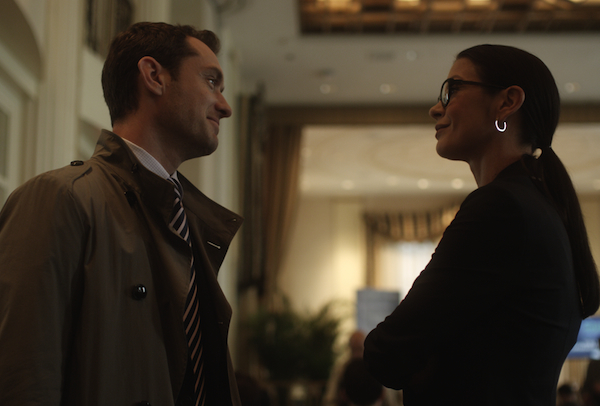 Rooney Mara does a good job playing a complicated woman whose depression has gotten the best of her. Channing Tatum succeeds in creating an entitled Wall Street-type, who prizes wealth over everything else. Jude Law and Catherine Zeta-Jones bring big intrigue to this mystery, especially when shocking events from Dr. Banks’ past are unveiled. Turns out, working with mentally unstable patients has its hazards — crazy things happen.

Bottom line: This is a well-acted murder mystery set in the very modern world of psychopharmacology, where there’s a medication to fix nearly everything. The movie doesn’t take a side on whether these types of drugs are good or bad for our society; rather, it plays out the fine line between being sane and insane.