When Jennifer Lawrence busted out the words, “I beat Meryl” at the 2013 Golden Globe Awards, many weren’t sure what to think. Among the confused were Meryl Streep’s daughter, and randomly enough, Lindsay Lohan! 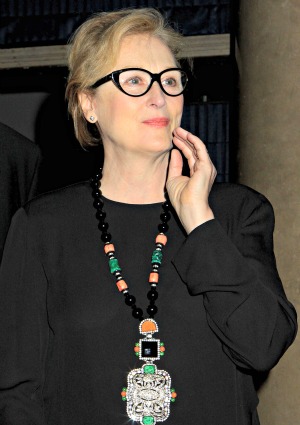 Why was Jennifer Lawrence bragging about beating Meryl Streep from the Golden Globes podium? Take heart, knowing that if you didn’t understand exactly what was going on Sunday night, you were far from alone!

In the days since Jennifer Lawrence picked up her first Golden Globe Award for Silver Linings Playbook, inspected it and told the audience, “Oh, what does it say? ‘I beat Meryl!’ much has come to light. It turns out the young star was quoting a scene from 1996’s The First Wives Club!

Not everyone got that reference immediately, however, and many wondered if the 22-year-old was simply gloating after having actually beaten Meryl Streep, who was nominated for her role in Hope Springs.

Even Mamie Gummer, Meryl Streep’s own daughter, didn’t get it. She told Vulture, “I thought she was just being cute.”

Also lost? Lindsay Lohan, who tweeted Sunday, “Words cannot express how much I LOVE Kristen Wiig. And no1 should ever mess with a legend, such as Meryl Streep.”

In our defense, how were we supposed to expect Jennifer Lawrence to bust out a The First Wives Club quote? Little Ms. Hunger Games was only 6-years-old when the flick came out!

Did you get Jennifer Lawrence’s Golden Globes Meryl Streep joke?