The third round of presenters was announced on Thursday for the 19th Annual Screen Actors Guild Awards. Big names like Ben Affleck, Taye Diggs, Naomi Watts and Robert De Niro will hand out the awards on Jan. 27. 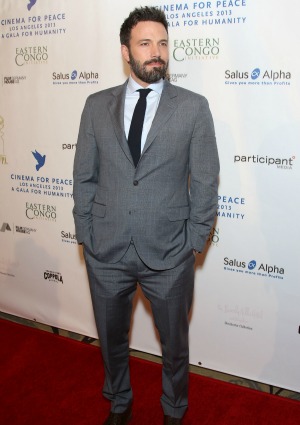 The 19th Annual Screen Actors Guild Awards are gearing up to be a star-studded event as the third round of presenters was announced on Thursday. This year, expect big names like Hugh Jackman, Justin Timberlake, Anne Hathaway and Jennifer Lawrence to grace the stage of the Shrine Exposition Center in Los Angeles on Jan. 27.

The SAG Awards honor the best in film and television from the union that represents actors, broadcasters and stuntmen working in the entertainment industry. It’s the only televised awards show to honor performers only. The categories do not represent any behind-the-scenes industry jobs like directors, producers or cinematographers.

The SAG Awards show first debuted in 1995 and has become an awards season indicator as to who might go home with a gold statuette on Oscars night in the acting categories. This year’s hotly contested races in Outstanding Performance by a Male Actor in a Supporting Role and Outstanding Performance by a Female Actor in a Leading Role categories are going to be closely watched Academy insiders.

The final ballots are voted on by the full SAG membership, which consists of over 100,000 members, larger than any other guild in the entertainment industry.

The latest names to join the list of presenters for the late January show include Ben Affleck, Robert De Niro, Taye Diggs, Liev Schreiber, Kerry Washington and Naomi Watts. The presenters represent former nominees/winners like Affleck, Diggs and Washington as well as current nominees like Watts for her role in The Impossible and De Niro for Silver Linings Playbook.

The show will air simultaneously on TNT and TBS at 8 p.m. ET/5 p.m. PT, as well as being telecast internationally for the U.S. military serving overseas via the American Forces Network Broadcast Center.