Selena Gomez is stepping out with a new movie and a new Nylon cover shoot. Is she still a nice little girl? 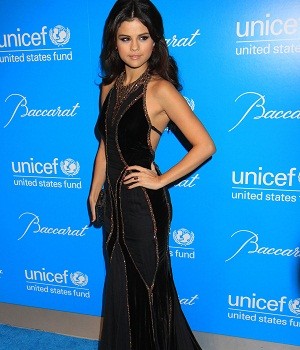 Selena Gomez is all grown up, but not skanked out.

The latest issue of Nylon magazine will feature not one but two covers with Selena. Inside the February issue, she talks all about her new movie, Spring Breakers, and everything else currently going on in her life.

You should know that Spring Breakers isn’t a movie for Wizards of Waverly Place fans. To begin with, it’s rated R. It’s also about four college friends who land in jail after a decision to rob a restaurant to help fund their spring break trip. The gaggle of girls is bailed out by drug lord/arms dealer-type-dude called Alien (James Franco) who won’t rest until they return his favor with a little less-than-legal work. Eek. However, just because it’s not made for girls in the 6-10 age range doesn’t mean it’s not a fun movie for our readers. Check out this clip:

The movie is far from Selena’s normal scene, but she told Nylon that she chose to audition for it because she thought it was a good next move.

“It was my first audition in years. I definitely felt that with my first stepping-out role, I should choose something that I could understand a little more,” Selena told Nylon, going on to explain that she had some anxiety. “I was really nervous, but Harmony took a chance with me. He said, ‘You live in this bubble, and I’m going to take you out of it, but you have to trust me.'”

None of the girls in Spring Breakers is the good girl from Selena’s acting past. As Selena grows up, will she lose her good-girl ways? Her director, Harmony Korine, says it hasn’t happened yet.

“You hear about young starlets being so problematic, but Selena’s really together,” Korine said. “She has a very strong work ethic, and she was really willing to experiment and play. She was very much into trying to invent her future.”

Selena might be a little older and a little more adventurous in her movie roles, but it sounds like she’s still the normal girl we know and love.