The Lance Armstrong interview with Oprah aired last night and not only did Armstrong shock us with his arrogance, he conveniently avoided questions that could associate him with criminal charges. 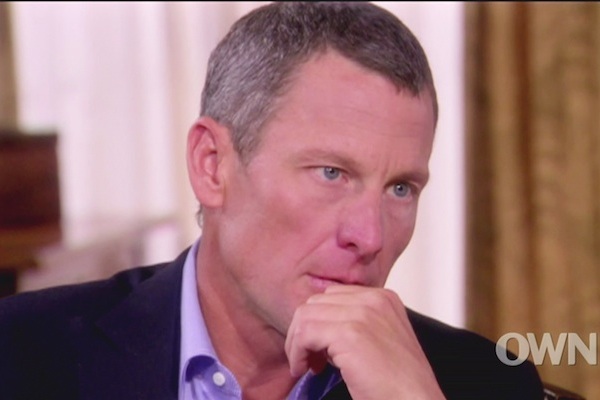 Lance Armstrong sat down with Oprah Winfrey on Thursday night for Part 1 of her two-part interview series with Armstrong for Oprah’s Next Chapter. Armstrong’s interview with Oprah was more than an hour long and while it started off strong — and chilling — most viewers were probably able to see Armstrong is a deeply troubled individual. In case you missed the worldwide exclusive broadcast, we have highlights for you below that showcase some of the most riveting moments of Oprah’s interview with Lance Armstrong.

So what exactly did Lance Armstrong take? How did he justify the banned substances he used? In this short clip, Armstrong tells Oprah what drugs he took and why he felt he was “justified” for doping after his near-fatal battle with cancer.

Reckless behavior: The glitter of fame

Watch below as Oprah asks Armstrong about his questionable involvement with Michael Ferrari, a doctor who is rumored to have played an instrumental role in Armstrong’s and the U.S. Postal Service team’s highly organized doping ring. Armstrong admits — barely — his relationship with Ferrari was “reckless.”

Lance Armstrong: A bully to whistle-blowers

Many, many people came out against Lance Armstrong and called him a cheater for well more than a decade. His typical response was to publicly blast them, puff himself up with confidence, and then sue them.

Do you believe Lance Armstrong’s apology? >>

Because medical technology had yet to develop a test for Armstrong’s drug of choice — EPO — most witnesses retreated to a corner, usually handing money over to Armstrong in the process. Watch Armstrong explain why he treated these whistle-blowers with such venomous hate.

One of the most shocking parts of the Oprah interview with Lance Armstrong was his sheer denial of the role he played in the blood-doping culture of cycling. He explains he certainly took part, but did so because he really wanted to win — like really bad — and everyone else was doing it, so why not. Armstrong adamantly denies any responsibility for leading others into blood doping or making it a requirement — explicit or coerced — for his U.S. Postal Service team members.