A supermodel comes to Westchester. Go strut your stuff for a chance to meet her and earn a photo shoot with Nigel Barker. 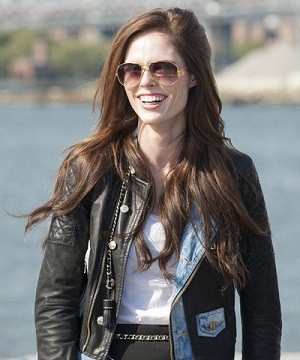 If you’re in the Westchester, New York area on Sunday, Jan. 20th, make sure to stop by the Westchester Mall. World-renowned super model Coco Rocha will make an appearance there during “The Face Challenge.”

Rocha is also a coach on Oxygen’s The Face, which premiere’s Feb. 12 at 9 p.m. EST/PST. The Face is a new competition series featuring the battle for the next supermodel. The show, executive produced by Naomi Campbell, will spend seven episodes in search of the newest face for ULTA Beauty. The coaches include Naomi Campbell, Karolina Kurkova and Coco Rocha. Meanwhile, photographer Nigel Barker will serve as host. Each week the twelve contestants will battle it out with challenges involving photo shoots, runway shows and commercials, where they’ll be tested with national brands which will send representatives to act as special guest judges for each challenge.

Check out this awesome clip from the show…

“The Face Challenge” is being held in honor of The Face premiere. The Challenge is a pop-up contest that will send one lucky winner to New York City for a photo shoot with the show’s renowned photographer and host Nigel Barker. “The Face Challenge” will be held at the Westchester Mall between 11 a.m. and 5 p.m. and Coco Rocha will be on site between 3 p.m. and 5 p.m. That’s two hours in which contestants can meet and learn from Coco, one of the most successful supermodels of the 20th century.

From the walk to the look, contestants on The Face will learn exactly what it looks like to be the face for a national brand. Tune in, pick a favorite, cross your fingers and watch.