Has Drop Dead Diva been “uncanceled”? Following Lifetime’s decision to end the show, other networks are stepping in to save the day. It may be down, but it’s not out. 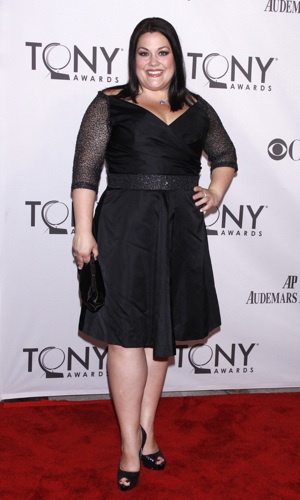 Just yesterday, we learned that Lifetime’s Drop Dead Diva was canceled. The network decided not to renew the show after four seasons. But according to creator Josh Berman, fans should keep hope alive.

Berman tells EW, ”We’ve all been getting calls, both on the creative side and on the business side, from other possible homes. Everything is in play. There are players that I never even expected that are expressing interest in the show.”

It sounds like Drop Dead Diva could be resurrected. We’re not surprised, considering its devoted audience. The show was a solid performer for Lifetime but became a casualty of their new vision.

Following the cancellation, they may have changed their tune.

Berman says, “I’m not ruling anything out. I’m not even ruling out Lifetime and Sony reaching a new deal. Like, I’m open to anything that will save the show. My goal is to still have the show on the air this summer, no matter what.”

He encourages everyone to go to Twitter, Facebook and YouTube to support all things Drop Dead Diva. This will show the powers that be that there’s a fanbase out there. Berman had no idea Lifetime planned to cut the show’s run — if he did, he wouldn’t have ended it with a huge cliffhanger.

Berman’s not giving up hope and nor should we. Where’s TBS, TNT and USA when you need them? We think Drop Dead Diva would be the perfect partner for Necessary Roughness.