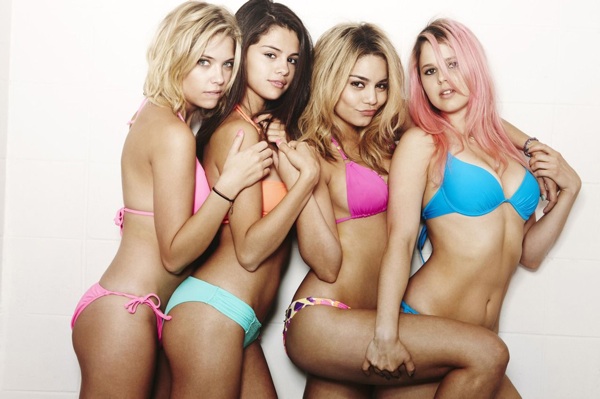 Look at all the Disney stars that have gone on to bigger and better things. There’s Britney Spears, Justin Timberlake, Ryan Gosling and Hilary Duff, to name a few. Now a new generation of youngsters are making the leap to more adult roles.

The ladies are bored with school and ready to party. Unfortunately, they don’t have the money to fund a trip. The quad goes to desperate lengths for their dream vacation. We’re talking hardcore robbery. After knocking over a restaurant they land in the slammer, but their problems don’t end there.

James Franco appears, channeling his inner Kevin Federline, and posts their bail. His character’s a drug and arms dealer who wants them to do his bidding. From that moment on, the real drama begins.

Really? Kevin Federline is going to be a dad for the fifth time! >>

Spring Breakers is filled with sex, drugs and alcohol. It marks a major shift in the careers of these former teen queens. And we’re sure there will be more daring roles to come.