Birthday girl Betty White is once again being gifted with her own television special. Find out who’s coming to the big party to celebrate her turning 91-years-young! 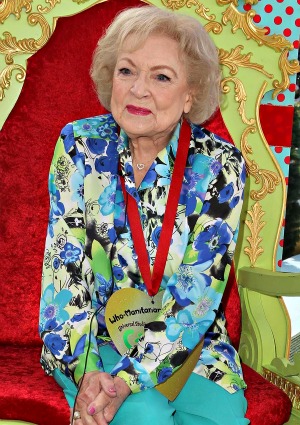 Another year gone by means another birthday for the fabulous Ms. Betty White! At 91 years old, the actress is being celebrated in her second televised birthday special.

Date with Betty White up for bids: Wine, dine and do good >>

Though the Golden Girls star is officially 91 today, Jan. 17, her televised birthday party will air on the peackock network Feb. 5.

Who’s calling dibs on being “the next Betty White”? >>

When asked about her thoughts on aging, Betty White shared previously, “It’s not a surprise, we knew it was coming — make the most of it. So you may not be as fast on your feet, and the image in your mirror may be a little disappointing, but if you are still functioning and not in pain, gratitude should be the name of the game.”

How much longer will fans of the actress, who is already a 70-year veteran of the entertainment industry, be treated to new work? As long as she darn-well pleases, it seems.

On the subject of retirement Betty White has explained simply, “It’s not a dirty word, I am just enjoying what I’m doing.”

Care to leave a birthday wish for Betty White below?