Sarah Jessica Parker is a victim of an age-old Hollywood tale — the cutting-room floor. Her role as Gloria Steinem in the film Lovelace is eliminated from the biopic. 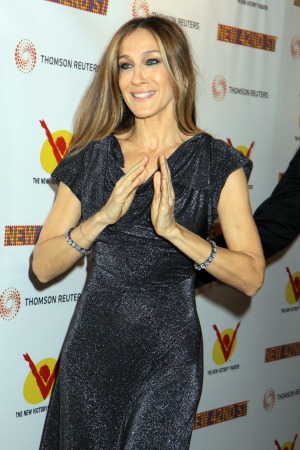 A role in the film Lovelace that originally went to Demi Moore and was then passed on to Sarah Jessica Parker is turning out to be not so lucky. Entertainment Weekly exclusively reported on Wednesday that the Gloria Steinem part was cut from the final film.

Lovelace is debuting at the Sundance Film Festival on Jan. 22 in Park City, Utah. The film stars Amanda Seyfried as the title character with Hank Azaria, Sharon Stone, Adam Brody, Peter Sarsgaard and James Franco rounding out the cast.

Parker stepped into the Steinem role at the last minute after Moore had to drop out of the film due to her January overdose and subsequent time in rehab. The directors were very appreciative of the Sex and the City star’s commitment to the role on such short notice. That is why cutting role was so difficult.

Friedman told EW, “You never want to make that call,” while Epstein continued, “But she was a pro.”

The film is seeking distribution while at the film festival, but hopefully, fans will see Parker’s deleted scenes in the DVD extras later on down the line.