Based on a series of books by Donald E. Westlake, this action flick plays out in a world where diamonds are a girl’s best friend and even Brits want to be cowboys. Set amidst the jet-setters of Palm Beach, Florida, Jason Statham and Jennifer Lopez team up to heist a heist. 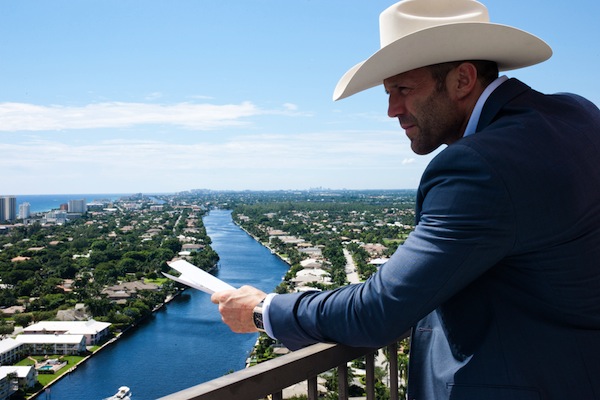 Parker (Jason Statham) is a tough guy with a clear, though distorted sense of justice. “I don’t steal anything from anyone who can’t afford it and I don’t hurt anyone who doesn’t deserve it,” he boasts. In other words, he fancies himself a moral authority among criminals.

Leslie Rodgers (Jennifer Lopez) is a smart, no-nonsense real estate agent who’s pushing 40 and lives with her financially dependent mother, Ascension (Patti LuPone) in Florida. Desperate to a make a big sale, Leslie steals a co-worker’s client, who turns out to be Parker in disguise.

Wearing a cowboy hat and snakeskin boots, Parker poses as a Texan who’s looking to relocate to the Palm Beach area. His true motive is to find where a group of notorious criminals are hiding out. 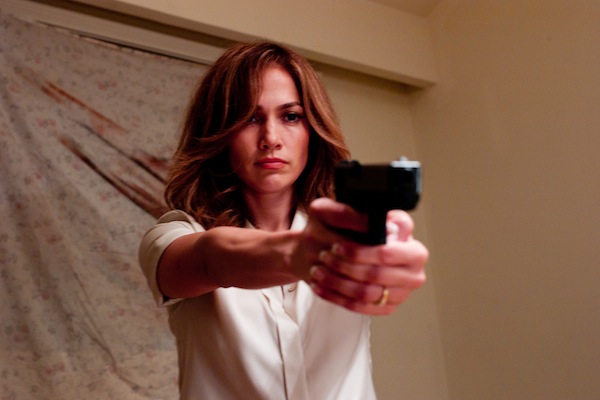 Previously, Parker did a job with these criminals in Ohio, led by crime boss Melander (Michael Chiklis). But it went awry, due to one of the miscreants’ carelessness. After a fight ensued, the pack of villains left Parker for dead by the side of the road. Having survived the ordeal, Parker now wants vengeance.

A smart cookie, Leslie knows Parker is hiding something when he fails to hit on her. Doing some internet research, Leslie determines that his identity has only existed for two months and confronts him. 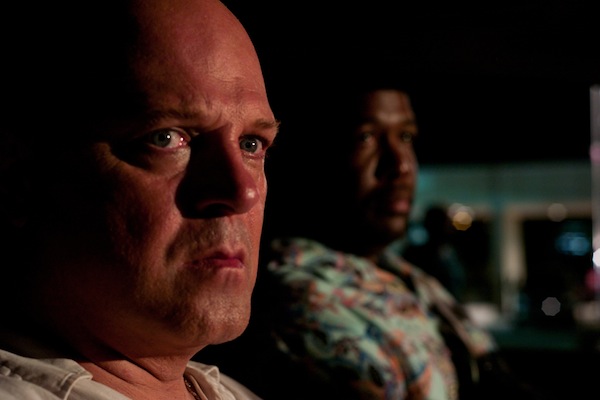 Cover blown, Parker joins forces with Leslie to steal $50 million worth of exotic diamonds from Melander’s gang once they’ve completed an elaborate heist.

Bottom line: This action flick feels like it belongs in a simpler time, when movie plots and anti-heroes were more straightforward and less savvy. These days, even James Bond reveals his personal demons and for my money, the character Parker lacked depth and sex appeal. This is a dude’s movie, so perhaps the men in your life will enjoy this film.

Run time is 1 hour, 58 minutes. There are no extra scenes after the credits.