Michelle Williams knows depression: she is now speaking out about her nearly two-decade long battle with mental health. 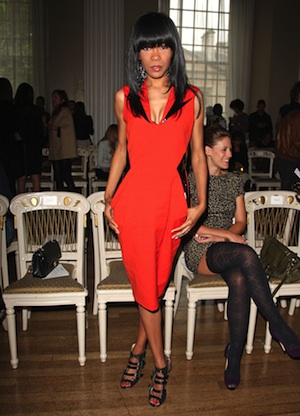 Michelle Williams is finally coming forward about her battle with depression. The 32-year-old Williams — a member of Destiny’s Child and a Broadway star — talks candidly about her depression scars with the Associated Press just prior to the release of Destiny’s Child‘s new album, Love Songs. Williams explains to the AP that her issues with depression began in her teen years at about 15, and lasted until very recently. In William’s interview she says healing from depression required both spiritual and medical intervention, despite her upbringing which advocates faith-based healing only.

“We’re taught, ‘Just go to church and pray about it. The Lord is going to heal you.’ Well, in the meantime, I believe God-gifted people — physicians, doctors, therapists — that’s your healing. Take advantage of it,” says Williams on recovering from depression. “Go see a professional so they can assess you. It’s okay if you’re going through something. Depression is not okay, but it is okay to go get help.”

The AP reports Williams, Rowland and Knowles recorded “Nuclear” as the only new track on the album. The remainder of the album consists of previously released tracks that fall under the romantic theme. Williams co-wrote “Nuclear.”

Williams says she’s happy and content with her life now. Gone are the signs of depression. “Sometimes you’re going to wake up on the wrong side of the bed or some situation might have you down in the dumps, but you have to choose to be happy,” she said. “I’m choosing life.”