Did you get a new e-reader for Christmas? Or, are you feeling guilty that your e-reader has been untouched for months? Here are three picks that will surely get you excited about that e-reader. 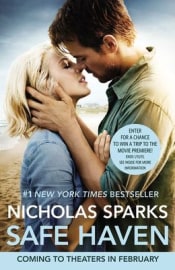 Nicholas Sparks is always a crowd pleaser, and his latest novel, Safe Haven, is sure to appeal to his fans. It’s story of a mysterious woman who appears in a small North Carolina town; she falls in love with a local, but knows that her dark past will catch up with her, no matter how far she runs. Safe Haven is coming out next month in theaters as a movie starring Josh Duhamel and Julianne Hough, so this is your chance to catch up on the book! For a limited time, you can buy the e-book edition of Safe Haven at a discounted price, so you’d better hurry! What’s more, if you’re interested, there’s an enhanced version of the e-book available as well, including video clips from the movie, interviews and behind-the-scenes footage. 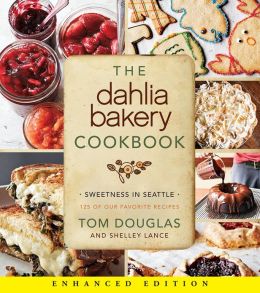 If you have a tablet and are a fan of cooking, you absolutely should check out the enhanced e-book offerings for many cookbooks. Most of these are not available for regular e-ink e-readers, but instead are focused towards tablets such as the Nook HD, iPad, Kindle Fire, and Kobo Arc. They often include bonus content and multimedia features that aren’t available to print readers. In The Dahlia Bakery Cookbook, Tom Douglas and his team treat the reader to outstanding recipes straight from their world-famous bakery. The enhanced e-book edition contains several videos of Tom and friends testing out some of the recipes, as well as eight exclusive recipes you won’t find anywhere else. 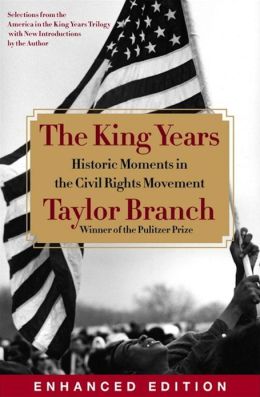 With Martin Luther King, Jr., Day quickly approaching (though it’s being overshadowed by President Obama’s inauguration for his second term), it’s important to remember our historic leaders. Taylor Branch takes on eighteen different areas of King’s civil rights struggle, from his disagreement with President Lyndon Baines Johnson over the handling of the Vietnam War, to King’s speech in 1963 at the March on Washington. He details ordinary heroes who accomplished extraordinary things in their fight for equal treatment and protection under the law. The enhanced edition of this e-book contains audio and video clips.

Get healthy and fit: An audiobook roundup
Tired of politics? Books to help you appreciate the USA
What’s hot in memoirs: January round-up