It’s been a big week for the singer. And it looks like it may be topped off with a contract in Vegas worth hundreds of millions. 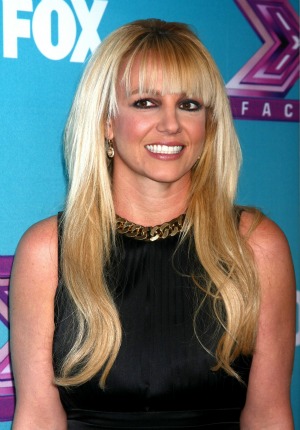 When Britney Spears hit her low point a few years ago, it would have been hard to believe she would make the comeback she has. But if her popularity in Las Vegas is any indication, she can do no wrong.

Last week TMZ reported that Spears was in talks to perform a show at Caesars similar to Celine Dion’s show. But it looks like others want in on the action.

“Britney was in serious negotiations with one of the Caesars properties to perform several nights a week on a regular basis, as well as make regular appearances at several clubs and pool events,” said TMZ. “Well, we just found out… since we posted our story two other properties — at least one not associated with Caesars — have thrown their hat in the ring.”

It looks like the bidding war could be good news for Spears, with reports that she’s being offered up to $100 million. But just days after leaving the X Factor and the end of her engagement to Jason Trawick, it appears her friends are worried about her signing the deal.

“I’m not sure just how good an idea Vegas is for Britney right now,” one of Spears’ friends reportedly told the Daily Mail. “If she can’t handle the X Factor, how will she be able to perform five days a week in Vegas?”

The friend also reportedly told the newspaper that Spears needs to settle down and concentrate on her personal life and family.

“She’s a homebody, she loves her sons and has her daily routine,” the friend said. “At this time, she may need to concentrate on her health and happiness, not rebuilding her career.”

Trawick has officially resigned as Spears’ conservator, but it looks like he will remain in her life.

“As this chapter ends for us a new one begins,” he said in a statement when the two ended their engagement. “I love and cherish her and her boys and we will be close forever.”