If Kourtney Kardashian’s baby daddy Scott Disick is embarrassed about his former gig modeling for book covers, he shouldn’t be — he’s in good company with scores of other celebrities who started out on the cover of a book. 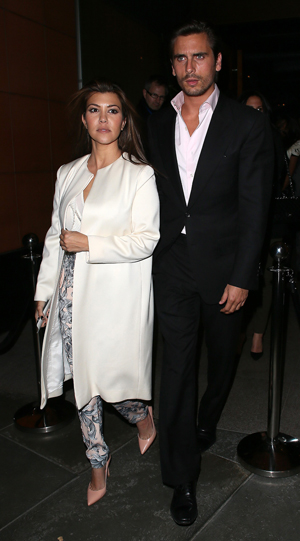 Before Scott Disick was a Kardashian paramour, he was a model — for young adult books, that is.

Back in 2001, In Touch reports, Scott became the cover boy for a book series called Heartland by Lauren Brooke. The 25-novel (really!) series was about a fictional horse farm where horse rescuers used psychology to heal abused horses.

Disick had the right kind of puppy-dog eyes, it seemed, to portray the stable hand who ends up becoming the main character’s sweet ‘n’ sensitive boyfriend.

Disick wasn’t on every Heartland book (horses would claim that title), just a couple. But still.

However, Disick’s far from alone. Many actors started their careers by modeling for catalogs, appearing on local television commercials, and yes, book covers.

This just in: Scott Disick is still a d-bag >>

Amanda Seyfried, for example, our little Miserable, was on all three books of the young adult Victoria Martin series written by author Francine Pascal (a.k.a. the author of the Sweet Valley High series). Go ahead, look up My Mother Was Never a Kid, My First Love and Other Disasters, and Love & Betrayal & Hold the Mayo, and you’ll see Seyfried’s sweet teen face looking out at you.

Speaking of Francine Pascal and Sweet Valley, those who take a close look at many of the Sweet Valley covers may recognize a (somewhat) familiar face: Leven Rambin played a set of twins including an autistic girl on All My Children and was Glimmer in The Hunger Games. But in Sweet Valley world, she was twins Jessica and Elizabeth Wakefield.

Kirsten Dunst is another former book cover model. When she was just a wee toddler, she was the model for a Baby-Sitters Club book. She’s the small blonde moppet on the cover of Claudia and the Phantom Phone Calls.

Matt Bomer, the heartthrob on White Collar, appeared on the cover of Rainbow Boys by Alex Sanchez, a gay young adult coming-of-age story.

And finally, Brooke Shields was the model for the young girl on the cover of Audrey Rose, a mid-1970s horror novel by Frank De Felitta that became a popular horror movie not starring Brooke Shields (although she did appear in weird horror flick Alice Sweet Alice in 1976, starring as a young girl strangled just before her first communion).