American Idol did it first, and it did it the best. Since its inception, knockoff programs such as The X Factor, America’s Got Talent, and The Voice have cropped up, hoping to steal the supreme ruler’s crown. With its panel of new judges, can Idol compete? Wednesday night’s Season 12 premiere may have given us a few hints about the show’s longevity… or lack thereof… 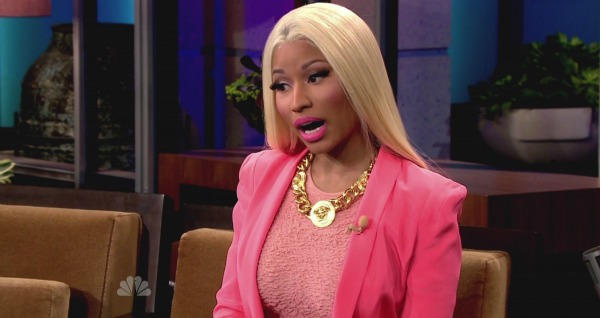 As a longtime American Idol fan, I questioned Nicki Minaj’s position on the panel of judges as she is a relative newcomer to the music scene. Her selection feels like a thinly veiled effort to pull in a younger audience.

After watching her on last night’s premiere, I have to say I had a bit of a change of heart. I’ve never really been a fan of Minaj’s, but I appreciated her feedback to the auditions, which were typically in sync with what I was thinking (not that my opinion matters, but the audience appreciates it when their taste for talent is validated by a professional).

I was also taken aback by the amount of heart she showed to contestants. It’s evident that Nicki took the long road to fame and success and she hasn’t been at it so long that she can’t empathize with singers who are trying to make it. As the night wore on however, I became increasingly annoyed that Nicki was the first, and sometimes the only judge with a voice! She monopolized the feedback, leaving the other judges with only enough time to nod in agreement. Personally, I’d like to see the judges do a better job at taking turns to speak first after each audition, so this doesn’t feel like the Nicki Minaj Show.

Isn’t this a talent show?

So where’s the talent? It seems in the early days of American Idol, we saw talent that blew us away. More than once. Granted, Wednesday night was the premiere and there is much more auditioning to take place, but there wasn’t a lot of stand-out, blow-your-mind talent. The noted exception was perhaps the 17-year-old farm girl, Sarah Restuccio who could rap and sing country. She’ll be fun to watch.

As viewers we appreciate the entertainment value tied to the rock-bottom auditions (like the dude in the red plastic coat, Ben Gaisley, whose coat was louder than his voice or the Asian kid, James Rae, who thought he’d be the next Justin Bieber — good stuff!). This is an important element of the show, but I started to almost feel sorry for the judges after a bit, waiting for the knock-your-socks-off talent to provide balance. In a way, I feel like I’m still waiting.

Dynamic of the judges panel

It may take a few more shows for this panel of judges to find the contrast we’ve grown accustomed to on the judges panel. You would think that a rapper, a record-breaking pop star, a country music star, and a record producer would each bring his or her individual and unique taste to the judges panel. During the premiere though, we didn’t see much conflict over talent. We saw plenty of personality conflict between Mariah Carey and Nicki Minaj, but we didn’t see much passionate debate over talent. It may just take a few more airings of American Idol for this missing component to develop.

There are two specific reasons that I, for one, will tune into a few more episodes of American Idol: Ryan Seacrest and Keith Urban. I had a stunning revelation last night and that is I think I may be in love with Seacrest. For the first time last night, he just struck me as that guy who is bumping around his L.A. apartment in his jeans and tennis shoes and gets called to interview someone like Justin Bieber and is like, “Yeah, sure.” He comes off as being laid-back and polite without being phony — very endearing. And I always knew I was in love with Keith Urban. Now if Nicki Minaj can just shut her cake-hole long enough for Keith to say something, I’d be really happy. A little less Nicki, a little more Keith.

Did Nicki Minaj threaten Mariah Carey with a gun? >>

What are your thoughts about American Idol, Season 12?