Finally! This week’s Nashville gives us more of what we want: An inside look at the seedy side of the recording industry, thanks to a dirty Revel King and Rayna and Juliette’s tour. 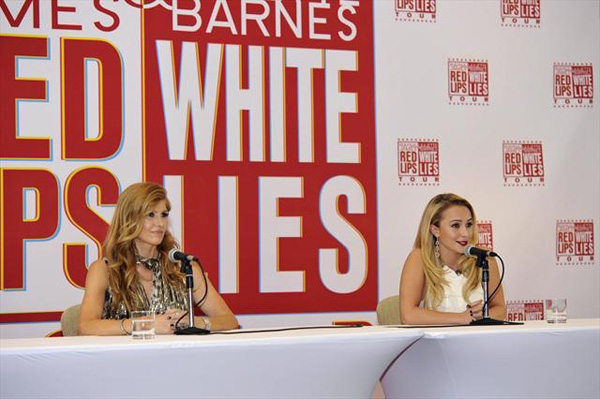 The Rayna/Juliette tour is finally on — and so far, it seems to be a success. Except for one thing: Rayna (Connie Britton) can’t keep a guitarist to save her life. She’s not really sure what she wants, other than the unspoken assumption that she really just wants Deacon there.

Too bad Deacon is still on tour with The Revel Kings, but more on that later.

Rayna needs someone to play her songs — and fast. Enter: Hipster producer Liam. He reluctantly agrees to play three shows for her as a favor. They have a bit of a weird sexual tension thing going on, which is great since her marriage to Teddy is just about over.

Anyway, she gives Liam some cowboy boots to celebrate his foray into country music. He doesn’t hide his disdain.

“I put ‘em on, I clicked my heels three times, and I didn’t turn into Deacon,” he told Rayna.

She just smiled, ’cause really: Who doesn’t spend $500 on boots that never get worn? At least he’s good on stage.

The marriage that really wasn’t

Juliette (Hayden Panettiere) is firmly over her marriage to Sean — almost like she never really gave a damn in the first place.

The only real thing she’s worried about? People finding out that they were actually married, which is too bad since Sean wants an annulment, not a divorce. He’s really Christian, remember?

Eventually, she gives in and sorta-kinda apologizes to Sean for all the crap she put him through.

“You once told me I wouldn’t like you very much if I got to know you,” he tells her in court mediation. “You were right.” 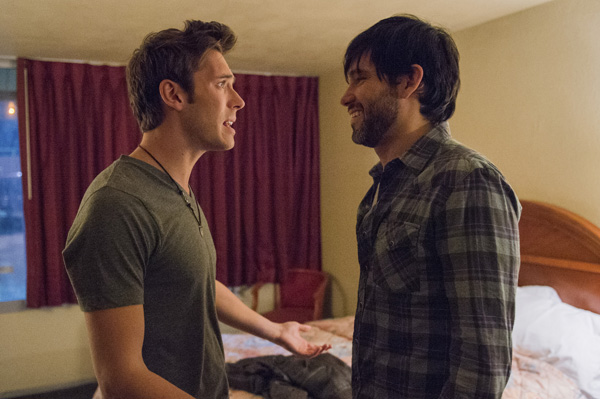 Something we never really realized until tonight: Nashville hasn’t told any of Gunnar’s backstory. It turns out we really, really want to know more about Gunnar’s life, especially since his impromptu trip to Austin was to get his brother out of the state penn.

It turns out big bro did eight years for an armed robbery — and a 16-year-old Gunnar was with him when it all went down. Apparently, big bro is a bit bitter that Gunnar left him to save himself, so he pawns his little bro’s guitar to get a gun and hits the road.

Scarlett also tagged along on the trip — Uncle Deke was in Austin playing with The Revel Kings.

And how’s Deacon doing with the band? Not so good, mostly because Cy is jealous that his much hotter guitar player pulls more tail than he does. Cy wants to settle the score and finds the perfect opportunity to do so when Scarlett shows up.

After the show, Cy leads Scarlett into a secret groupie room and proceeds to make his move, i.e. forcibly puts his tongue down the blonde ingénue’s throat. Deacon finally figures out something’s amiss and tries to get into the room, only to be turned away by the bodyguard.

“I work for Cy, not you,” the burly doorman tells Deacon. Apparently, part of his job description is to help his boss commit sexual assault.

Deacon eventually fights his way in, but no matter: Scarlett freed herself with a swift knee to Cy’s junk.

And thus ends his illustrious run with The Revel Kings.

The mayor’s race is finally over

Rayna eventually decides to come back to Nashville for election night. Lo and behold, Teddy pulls out the “W” over Coleman, supposedly without the help of Daddy Warbucks Lamar.

Teddy is happy, but nowhere near as happy as he should be for someone who just won an election. Eventually, everyone goes home and he’s left in his hotel suite with a bottle of champagne.

And who comes calling? Suicidal Peggy, of course.

She congratulates him and it’s clear there are feelings between them, despite what he says. Will Teddy — in his fragile emotional state — submit to Peggy? No, but it’s coming.