The former American Idol judge and her husband have been trying to get pregnant for years. Recently, they decided to use a surrogate for their first child. 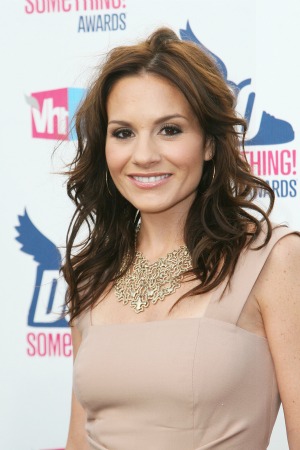 “We are eagerly awaiting the healthy and happy birth of our son Greyson James Carroll McCuddy,” DioGuardi told People.

DioGuardi, 42, and her husband have been trying to get pregnant for years, and are having this baby through a gestational surrogate. DioGuardi hasn’t been shy about her troubles with conceiving, and even talked about her problems in her 2011 memoir, A Helluva High Note.

“I wanted a child and there was no way I could get pregnant under the stress of eighteen-hour work days and live TV,” she wrote in the book, according to E! News. “Leaving was painful and there will always be a part of me that wanted to stay. But my desire to be in control of my destiny was larger than my need to be a household name.”

McCuddy, a builder, was working on a house next to DioGuardi’s house in Maine when they met. The couple has been married since 2009. According to E! News, DioGuardi also wrote that during her last season on American Idol, she underwent three rounds of IVF, all which were unsuccessful.

The decision to use a surrogate was a personal one for the couple, but one they seem to be happy with.

“We made a personal decision to try with a surrogate. I asked someone we knew, a friend. And on the first try, it worked,” DioGuardi told People. “We’re praying for our surrogate, that she gets through this and that it’s as easy on her as it can possibly be, because she’s been a gem throughout the whole process.”

She added how grateful she is for the sacrifices made by this woman, whose name is unknown.

“I’ve got two people on my mind: her and the baby,” she said. “She’s given us this incredible gift.”