Al Pacino’s latest role is both buzzworthy and controversial. The actor’s taking on former Penn State football coach Joe Paterno. During the final year of his life, the school and Paterno’s career were tarnished amidst a major molestation scandal. 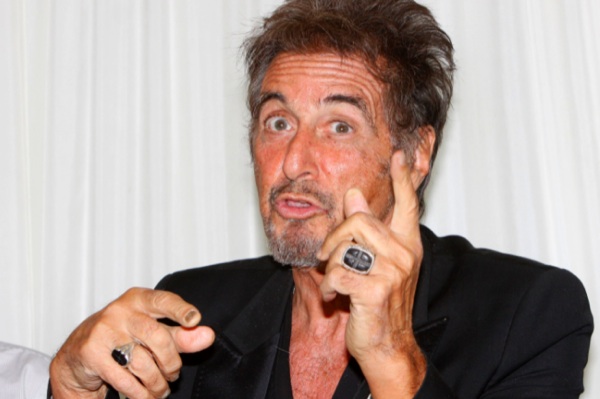 Does Al Pacino have a thing for biopics? The Oscar-winning actor has done more than a few “based on a true story” films. But his latest is a real headline grabber: Pacino’s set to play the legendary college football coach, Joe Paterno.

According to Deadline, Pacino and director Brian De Palma will join forces for Happy Valley. Edward R. Pressman is producing and has optioned the book Paterno, which was written by Joe Posnanski. It turns out Pacino’s been loosely attached to play the coach since last fall.

“Happy Valley reunites the Scarface and Carlito’s Way team of De Palma and Pacino for the third time and I can’t think of a better duo to tell this story of a complex, intensely righteous man who was brought down by his own tragic flaw,” Pressman said.

We’re not sure how much of Paterno’s life Happy Valley will cover. The site claims that producers are trying to keep a “low profile” regarding the story’s focus. Dave McKenna, who previously wrote American History X and Blow, could write the script.

Paterno died in Jan. 2012 from lung cancer, shortly after being fired from his position at Penn State. He was at the center of a sex scandal involving former defensive coordinator Jerry Sandusky. Sandusky was accused of molesting several minors under the guise of a charity. It was later revealed that Paterno was aware of his behavior, but didn’t report it.

What do you think of Pacino as Paterno?