The actor has been through a lot since 1997’s Good Will Hunting shot him to fame, but he is not taking anything for granted. 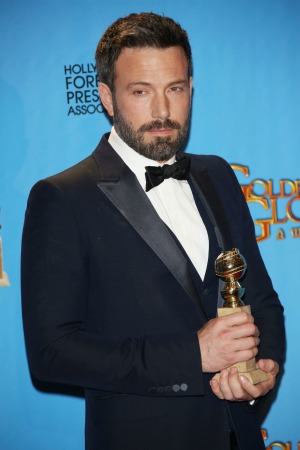 It appears the odds are against Ben Affleck and his film Argo to win best picture at the Oscars this year. Driving Miss Daisy was the last film, in 1989, to win the award without a best director nomination. In fact, only three films have ever earned that honor. But Argo may become the fourth.

It was a surprise when Affleck didn’t get the directing nomination, but it became a talker when he won the same award at the Golden Globes. Still, the actor doesn’t seem too worried about it.

“We got nominated for seven Oscars, including best picture,” Affleck told Melena Ryzik with the New York Times. “If you can’t be happy with that, your prospects for long-term happiness are pretty sad.”

Affleck also reminded his critics where he came from and how he has pulled himself from nothing before, as well as rebounding from times when he made some less-than-wise decisions.

He overcame the highs of films like Good Will Hunting, then the lows of films like Gigli. But he worked hard to get where he is now, even though it has been a rollercoaster of a ride.

“Then I was seen as this resurgent director,” he said, according to Ryzik. “And now I think I’m kind of seen as just sort of somebody in Hollywood who works.”

The Oscars are more than a month away, but Affleck doesn’t seem too worried about the prospect of winning or losing — he is just (still) enjoying the ride. The seven awards Argo is up for include Best Picture, Writing – Adapted Screenplay and Supporting Actor for Alan Arkin.