Are you ready for a brand-new SNL? This week’s host is the fresh and funny Jennifer Lawrence. 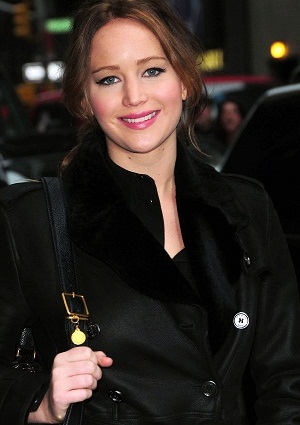 Everybody loves Jennifer Lawrence. She captured our hearts as Katniss in The Hunger Games and has continued to woo us with her performance in Silver Linings Playbook and her always-amusing late-night interviews. She’s also been pretty fantastic at recent awards shows, showing what a true movie fan she is by referencing Mean Girls and quoting First Wives Club. Even though her “I beat Meryl Streep” comment got a little bit of a smackdown from some unknowing viewers, it was still a great moment.

It only makes sense that our semi-favorite sketch comedy show, Saturday Night Live, would scoop her up to host an episode. That’s exactly what she’ll be doing this Saturday. Joining her in hosting duties is SNL veteran Jason Sudeikis. Hopefully, he’ll reprise his role as Vice President Joe Biden in some sort of pre-inaugural skit. Sweet. Maybe his new fiancée, Olivia Wilde, will drop by, too.

Here’s a taste of what’s in store…

Saturday Night Live will also have a pretty awesome musical guest: The Grammy-nominated band The Lumineers will perform on Saturday. The band is best known for their first single “Ho Hey,” but all their songs are awesome, so it’ll be exciting to find out their second song choice. (We’re hoping for “Flowers in Your Hair,” but our bets are on “Stubborn Love.”) The Lumineers are definitely a folksy band, but their full sound is what has helped them translate so well to Top 40 radio.

If you’ve recently found yourself living under a rock and aren’t sure what all the fuss is over Jennifer Lawrence or even The Lumineers, Saturday night will be your chance to find out. Tune in and enjoy.