Conrad Bain, best known as Phillip Drummond of Diff’rent Strokes, passed away from natural causes on Monday. He was 89 years old. 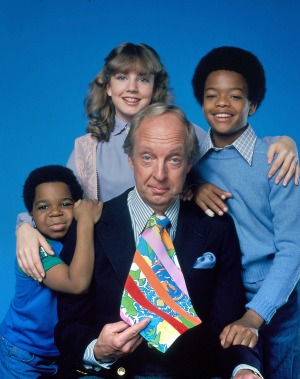 Another iconic sitcom star from classic television has passed away, leaving behind a generation of viewers who grew up watching his shows. Conrad Bain, best known for his work on Diff’rent Strokes, passed away on Monday at the age of 89.

He passed away from natural causes, and his death “was very peaceful,” according to his daughter, Jennifer Bain, who spoke with People.

She continued, “I was able to be with him very close to the end [and] able to put my ear to his heart and sing him songs.”

The Canadian actor started out in his field at Ontario’s Stratford Shakespeare Festival and continued his studies at the American Academy of Dramatic Arts in New York.

From 1972 to 1978, Bain was familiar to TV audiences for his role as cranky neighbor Dr. Arthur Harmon on Maude, also starring Bea Arthur and Rue McClanahan.

However, it is his role on Diff’rent Strokes as the wealthy businessman Phillip Drummond who adopts two sons from Harlem that he’s best remembered for. While the series revolved around the kids played by Todd Bridges, Gary Coleman and Dana Plato, Drummond was always the voice of reason as his three children got themselves into sticky situations.

Sadly, Bain outlived two of his young co-stars. Plato died in 1999 after a suicidal overdose of drugs, and Coleman passed away in 2010 from a brain hemorrhage stemming from a fall in his home. Bridges led a troubled life with drug problems in his 20s, but he’s managed to clean up his act and return to the entertainment industry.

Bain’s daughter spoke about their troubles, telling People, “Dad was proud of his work on that show. And the problems the kids had in their lives later affected him. He felt terrible about it.”

The actor is survived by his three sons, in addition to his daughter. His wife Monica passed away in 2009.