While you may dread Monday mornings, imagine being a surgeon at Chelsea General Hospital where the patient you operated on the day before died and you are now facing the Morbidity and Mortality Review Board. Your Monday doesn’t seem so bad now, does it? 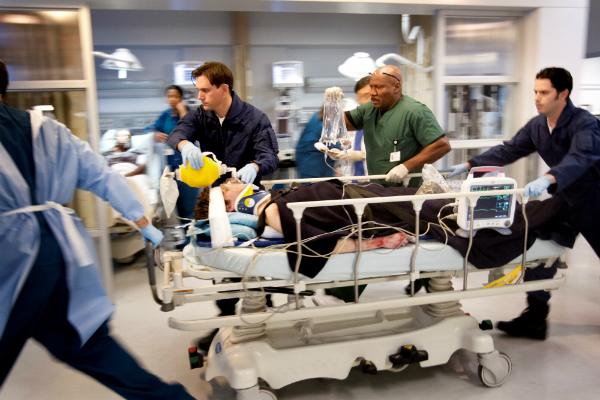 Monday Mornings, a new TV series on TNT adapted from Dr. Sanjay Gupta’s novel of the same name, follows five surgeons at Chelsea General as they endure personal and professional shortcomings, all while trying to perfect their skills in the operating room. Unfortunately, that sought-after perfection is not always immediately achieved.

In an interview with SheKnows, Emily Swallow, who plays the curious Dr. Michelle Robidaux, explained, “It’s strange [how] we expect [the medical field] to be perfect because ultimately it is run by humans and humans have imperfections. Just because [a surgeon] has been successful treating one thing doesn’t mean the next person that comes in will have the same results.” 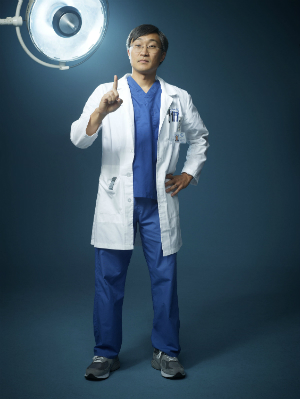 “My character is from Korea… he is super smart, super intelligent — he just hasn’t figured out the language really well nor the bedside manner. The language [barrier] does turn out to be a source of comedy for the other characters, not for my character though, and this is something I can actually relate to.”

Ving Rhames, who plays Dr. Jorge Villanueva, chief trauma surgeon by day and a divorced, depressed sex addict by night, was well equipped to play his imperfect role. To prepare for his role as a surgeon, he says he went to UCLA’s hospital (and a couple of others) and spoke with surgeons.

Rhames says his numerous acting credits, including in the highly anticipated Mission Impossible 5, prepared him perfectly.

“It is both procedural and, at the same time, there is sort of courtroom drama element to it with the morbidity and mortality meetings.”

Because of this intermingling of courtroom drama with human frailties, all the actors of Monday Mornings were immediately captivated by the script.

We also spoke with Sarayu Rao (Dr. Sydney Napur), who was excited about both the show and her character.

“I read the script, and right away I just knew this was something special. I remember thinking ‘This is it. This is the one I am throwing down for.’ I was just in love with [Dr. Napur] and I was in love with the story. I think it’s magnificently different,” she explained as she clasped her hands with passion. 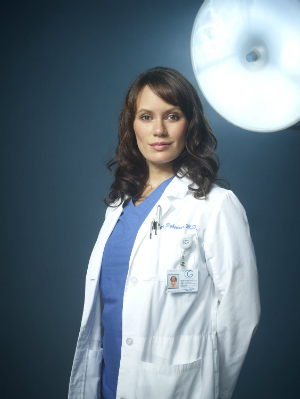 Emily Swallow says she, too, adores her character, because she “is the only one who is still a resident. She is surrounded by genius giants and is trying to claim her space and learn. She also tries to stand up for herself without getting into too much trouble, and she certainly has a number of missteps along the way.”

Swallow joked, “We talk about people getting ‘Robidauxed,’ which is not always a good thing.”

Clearly, the stars of Monday Mornings have a passion for their characters, and Sanjay Gupta couldn’t be more pleased with the cast that has been selected.

“I was in on some of the auditions, and since I have a pretty good idea about who these characters are, when I saw something [in an actor], it would just spark my imagination, and I could see that person having that role,” Gupta gushed.

The intriguing combination of courtroom drama and medical practice sets Monday Mornings apart from all other medical TV shows. With intricate characters and heart-pounding medical emergencies shown with genuine and convincing specifics, Monday Mornings will keep viewers on the edge of their seats and asking for more.