More than six years after Justin Timberlake’s multiplatinum smash album FutureSex/LoveSounds, Justin Timberlake has a new single that he teased mercilessly and annoyingly. Music vet David Bowie, on the other hand, just dropped a new single after a decade of silence like it was no big thing. 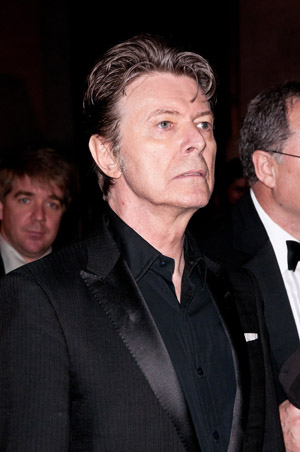 This is how a legend does it: David Bowie released a new single last week on his 66th birthday, with little to no fanfare in advance.

Meanwhile, Justin Timberlake made a big deal out of teasing his new single, “Suit and Tie,” in an annoying way.

No, instead, on Jan. 10, Oscar nominations day, as Laineygossip points out, JT unveiled a video post on his website announcing soon he’d release new music.

So wait, you teased us about a tease?

It didn’t help matters that the video post was equally cryptic and pretentious.

“Someone asked me the other day, so are you just done with music?” JT says in a voiceover as the camera follows him inside the halls of a recording studio.

“It means more to me than anybody else in the world. Look, I’ve only done two albums in 10 years. That’s the way I really look at it. What does the next decade mean for me? I’m the one who sits and is obsessive about it before you even get to hear it,” the narration continues.

Yeah, OK, you’re obsessing about… what? A new single? Another stupid video message? An album? JT posted a clock counting down the moments until… something. Which turned out to be a new single with Jay-Z.

That’s nice and all, but the announcement to expect an announcement, coulda done without that.

“While Justin Timberlake’s approach was to hijack awards shows with his return to music…after teasing people for days beforehand, and shooting some kind of arty video,” Laineygossip writes, “David Bowie just dropped his new song on his 66th birthday, totally by surprise, without any fanfare of self-d***sucking.”

Heh! And then Bowie’s single, “Where Are We Now” disappeared without a trace. No! No, it didn’t! It’s No. 6 on the U.K. singles chart, Bowie’s first top 10 in more than a decade.