How have we never known about this?! Ryan Gosling could have been… a Backstreet Boy? 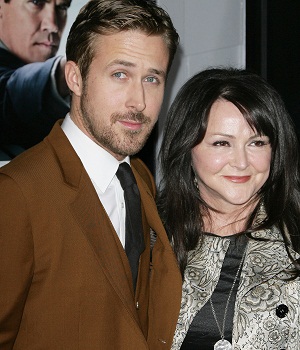 Here’s the scoop: Back in the day, when Ryan Gosling was doing that little television show called The Mickey Mouse Club, he lived in the same apartment complex as Backstreet Boys‘ A.J. McLean. The two dudes used to shoot hoops together and McLean would talk about his impending fame.

“They were just forming that band, so he was saying how big they were going to be — and he had a poster of them in his house. We were like, ‘Just shoot the ball, dude. It’s never gonna happen,'” Ryan said in an interview with Celebuzz. Later he playfully lamented, “Cut to — I was wrong.”

Oh, Ryan. We think you made the right decision. You weren’t meant for hanging with Backstreet boys, or NSYNC’s Justin Timberlake and J.C. Chasez while wearing oversized pajamas, either.

He went on to tease that he’s tried calling A.J. (to see if he could join, of course), but that the (actual) Backstreet Boy never returns his calls. Adding to the playful drama, TMZ ran into McLean at some club/shopping mall-type facility and asked him if he’d heard Ryan’s interview.

A.J.’s “excuse” for not calling Ryan was that he doesn’t have his number. But, he told the studly actor to stop him at the gym (McLean was quite proud of the fact that they go to the same gym) and they could reconnect.

“If we ever need a sixth Backstreet Boy…” McLean said.

Just so we’re clear: This can never happen. But, if it did, Ryan wouldn’t be just some silly addition. If he came in, someone else would have to go. Our vote is Howie. Others have suggested Nick Carter, but we’re a little concerned about what he’d get into if he got too bored. (We’re talking about television, of course.)

Luckily for us, instead of ending up in a band that would eventually fizzle out, Gosling found his fame in acting, where his career is still going strong. That doesn’t mean we can’t still watch him sing and dance, though. Remember this awesome scene from Remember the Titans? We’ll never forget.

Plus, you know, there’s The Notebook. We can’t actually remember any musical numbers, but we still think it’s a valid reason to be happy about Gosling’s decision to follow acting.

The world applauds your decision-making skills, Ryan. And those abs.