A racy Anna Kendrick tweet is getting a lot of attention, thanks to its very sexual tone about Ryan Gosling. 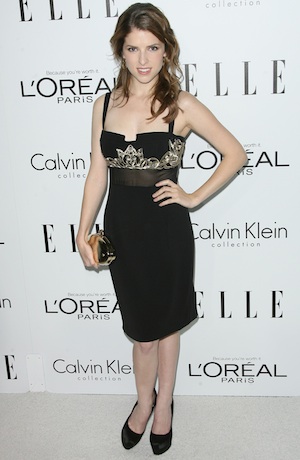 Kendrick tweeted on Jan. 14, 2013, about seeing Ryan Gosling’s new movie and indulging in a little self-love during the film.

Anna Kendrick’s Twitter feed is filled with hilarious tweets, some of them pretty racy. (And we’re pretty sure her Tweet about Ryan Gosling was a joke).

Take for example, Kendrick’s tweet from Jan. 4, 2013. ” ‘I’ll have whatever just gave that woman a screaming orgasm in the middle of this deli’ #AwfulFirstDraftDialouge.” The hashtag phrase she used was popular on Twitter at the time.

On Dec. 10, 2012, Anna Kendrick tweeted, “Thought for the day: If I were going to take a naked picture of myself, I would at least clean my room first.”

One our favorite tweets is from Nov. 1, 2012, when Anna tweeted about the aftermath of Halloween for some people. She tweeted, “How is #WalkOfShame not trending the day after Halloween? I think *some* people aren’t being honest this morning…”

Anna Kendrick’s original tweet about Ryan Gosling has so far garnered about 21,000 retweets since she first posted it on Jan, 14, 2013.