All My Babies’ Mamas has been canceled! Oxygen has announced that the highly controversial reality show that centered around Shawty Lo, his many children, and the women who gave birth to them won’t be getting air time after all. 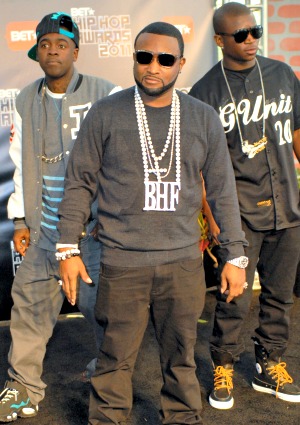 All My Babies’ Mamas is one reality show that the public will never get to see. Appearing to have caved to public pressure, the Oxygen network has canceled the special featuring rapper Shawty Lo.

“As part of our development process, we have reviewed casting and decided not to move forward with the special,” Oxygen said in a statement.

“We will continue to develop compelling content that resonates with our young female viewers and drives the cultural conversation.”

While the petition against All My Babies’ Mamas wasn’t specifically mentioned, the more than 37,000 signatures at Change.org are apparently not to be ignored!

Reacting to the news that rapper Shawty Lo, his 11 children, and their 10 mothers won’t be given the reality treatment, the creator of the petition had this to say on Tuesday:

“On this official birthday of the late Rev. Dr. Martin Luther King, who fought for justice for all, and especially children, he once said, ‘Our lives begin to end the day we become silent about things that matter.’ I am pleased that Oxygen Media has heard the outrage of over 37,000 consumers and shareholders who said, ‘enough is enough.'”

The statement continued, “We will not support any network and advertiser which exploits the plight of children and targets young women with stereotypical, dangerous, unsafe messages. This petition, this victory is for them. Adults have choices and today, children, through 37,000 petitioners, have voices.”

Here’s a look back at the kaput show’s preview (including some commentary from a Youtube critic), which may be all we ever see of Shawty Lo’s show!

Do you think Oxygen made the right call by canceling All My Babies’ Mamas?